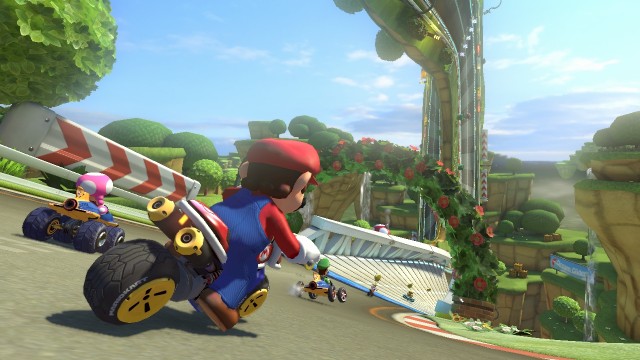 Vroom vroom! Mario Kart 8 is only 2 days away! Â I figured with it being such a big day, we’d take a look at some other innovations that have taken place in the kart racing genre that have brought us where we are today!

Racing games have been around since the arcade days. The first game that I’m aware of is the 80s classic “Pole Position”. I used to play it on my old computer all the time, and all I remember is that it was nigh impossible. Controls were limited to moving left, right, and forward. Still, it was a racer, nonetheless.

I’d say the kart racing phenomenon started with the SNES classicÂ Super Mario Kart. This game took the beloved characters from Nintendo’s popular Mario series of games, and stuck them in cars. Combining tight controls with combat between cars, the game was a hit, selling almost 9 million copies. It was the third best selling game on the console. With that game, the dynamic genre of kart racers was born.

With such great success for the racer, other franchises were quick to jump into the race. Most notably (So I hear) was Diddy Kong Racing for the Nintendo 64. This game brought two amazing new features in the form of different vehicles for the player to use. In addition to karts, players could now choose to race over water in a hovercraft or through the skiesÂ with an airplane. 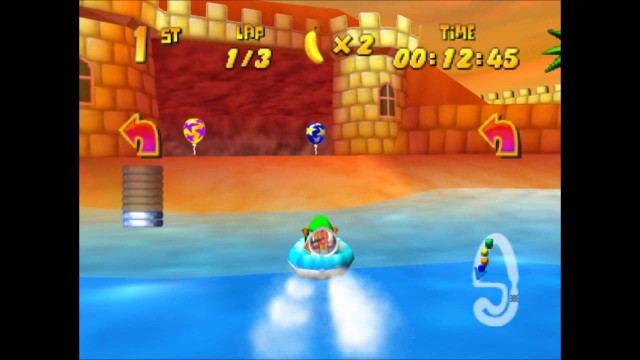 Around the same time, Sony decided to venture into this genre with their beloved character Crash Bandicoot.Â Crash Team Racing was a fairly typical kart racer with a Crash Bandicoot twist. However, this game introduced a story as well. (I think Diddy Kong might’ve done this, but I’m more familiar with Crash) While Mario Kart 64Â had some pretty good gameplay, the series has never had a story. This is odd to me, seeing how even Mario Party seems to shoehorn in a story each time.

Before it was cool

The next entry in the Crash Bandicoot racing series did something no kart racer had done before. Anti-gravity racing that puts you on walls, upside down, and makes your car do a cool transformation. I wonder if anyone else will ever try to do this exact same thing?

I kid, I kid, but there are some glaring similarities in how both series do anti gravity. However, Crash Nitro Kart had a struggling framerate, odd camera angles, and some fairly off kilter controls. Still, they did it first. Mario Kart just seems to be doing it better. (It looks way better when doing it, too!) 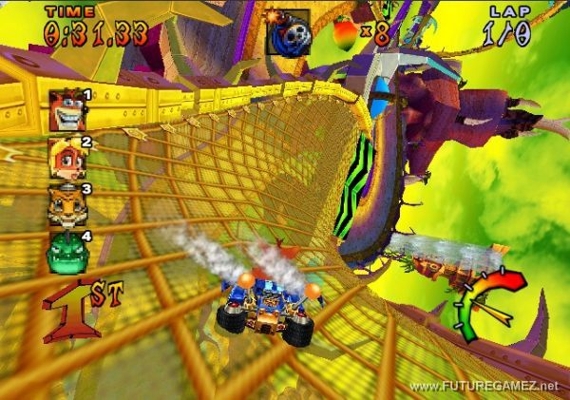 Race your own way

Remember Diddy Kong Racing? Of course you do. I literally just got done talking about it. Let’s talk about the Nintendo DS release, though. One feature that many were hoping would be inÂ Mario Kart 8 is a track editor. While the game in two days won’t be letting you edit the existing tracks, Diddy Kong Racing for the DS let you make your own tracks to race on. That’s a huge feat, especially for a Nintendo DS game.

Mario Kart Double Dash for the Gamecube introduced the concept of having two racers on a car, and being able to switch between them at will. This not only allowed for cool power-up options and combos, but also a really fun co-operative option for a kart racer. Some of youÂ may not know this, but one player could be the driver, and the other would man the weapons on the same car.

This was one of Â my favorite innovations, and a great example of what strides Mario Kart has made in its genre. It’s constantly pushing itself forward, and challenging other games to do the same. (Well, except for the anti gravity, but we’ll let that one slide.)

Three bigÂ features debuted inÂ Mario Kart 7,Â and are returningÂ inÂ Mario Kart 8.Â The first two go hand in hand, as they’re both different ways to get around the track. The first is using a hang glider to soar through the air, and the second is diving underwater to drive under the water.

Both of these options give the tracks much greater options for variety, and really took the racing to a new level. It’s just awesome to fly around the planets, and underwater racing is so natural it almost feels like something that’s always been in the series. 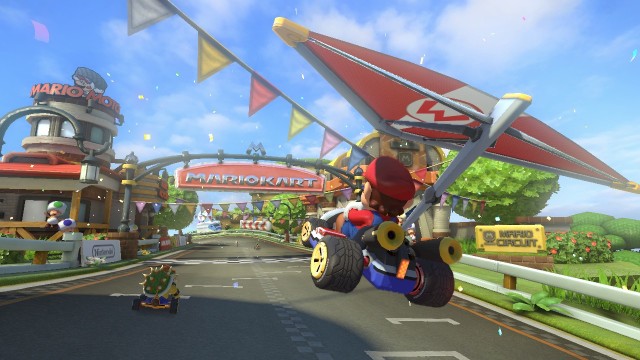 The third big idea is kart customization. The wheels, body, and glider areÂ all customizable, and it’s all unlockable. No silly DLC karts that tip the scales in favor of the buyer. It also adds a unique strategic twist to the game, as each customization alters the stats of the kart. I love this kind of customization, and I’m glad we’re seeing it return.

As seen on TV

The next big thing Mario Kart 8 is bringing to the table is its Miiverse itegration, and being able to post and watch replays via Mario Kart TV. You can even post your videos to YouTube to share your triumphs (or blunders!) with the world. It’s a really big step forward for Nintendo, who have really been a bit behind in the online area.

I’m also really glad to see videos make a debut in the everyday Miiverse user’s posts. I can’t wait to see what other games will offer video posting capabilities. Maybe it’ll even become standard! (Yeah… right. Nintendo’s not the keenest on letting their content off the discÂ for free)

The time has come, Wii U Daily fans. It’s time for us to buckle up, adjust our mirrors, and drive like there’s no tomorrow! Whatever happens or has happened in the genre before now, most of us will soon be experiencing what I’m sure will be an amazing racing experience. Not to mention a great sign of progress in a sometimes stagnant industry.

Miiverse and Wii U Daily!

Instead of my Miiverse posts (Been a bit busy to gather them all up) I’d like to call you users to send me links to your best Mario Kart posts! I’ll feature a fewÂ of my favoritesÂ in next week’s article. Just email them to “zorpix@live.com” . Before you start yelling at me for giving out my email address online, that’s only my throwaway email address, so don’t expect me to check it outside of when I do things like this.

I can’t wait to see what you guys send me!

If you do happen to have any suggestions for next weekâ€™s topic, any questions about the content I wrote, or just wanna say hey, feel free to sound off below! If you really feel inclined, you can mosey on over to myÂ Twitter,Â Facebook, orÂ MiiverseÂ account.

Iâ€™ll now be accepting friend requests on Wii U! Iâ€™m gonna need people to play Mario Kart with, so go ahead and add me! Letâ€™s get this party started! Vroom Vroom!

Thanks for reading, andÂ happy racing! I’ll be periodically hosting friend only matches this weekend, so if you see me, please join!