Zelda producers reveal how Skyrim influenced Breath of the Wild

Skyrim is one of the best open-world games of all time, so it’s no surprise that developers at Nintendo also played it. And as revealed in a new interview, Skyrim also influenced Zelda: Breath of the Wild and its open-world game design.

Longtime Zelda producer Eiji Aonuma said in the past that he played games like Skyrim, and now he explains how that game influenced Zelda.

â€œWe donâ€™t look at it from, â€˜Oh, what kind of things can we take from this game?â€™ Itâ€™s more of like, â€˜How can we prepare for this? What should we expect from games like this?’â€ he told GameSpot.

He added: â€œAnd so we also think about how many people we might need, or how we can make it improved, or with the number of people,â€ he continued. â€œWe would collect data and then work and see what worked, what didnâ€™t.â€

Breath of the Wild was the first open-world Zelda game, and by far the biggest in the series. In fact, it’s one of the biggest games ever made, at least in terms of the size of the game world.

It’s actually larger than Skyrim, as the comparison chart below shows. 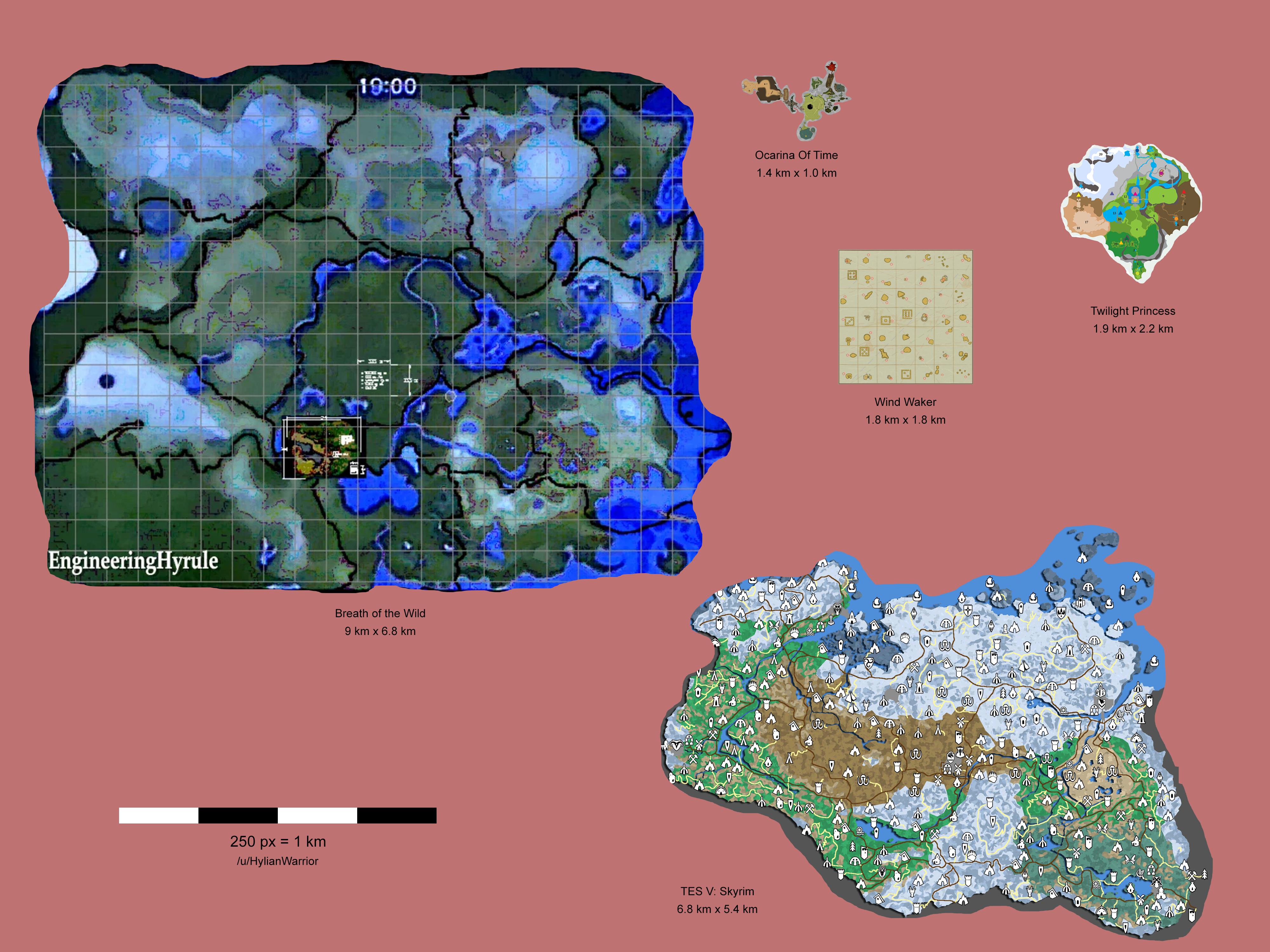