Xbox One is not a Wii U competitor

We now know what the next generation Xbox will look like and have a bit of an inkling about how it will operate. So what will the console gaming landscape look like once three new systems are out in the wild?

If you remember back to the first few years of last generation, a huge number of Nintendo gamers identified themselves as ‘PS-Wii’ or ‘Wii-60’ gamers. Having all three consoles early on was necessary for very few people as theÂ experienceÂ between the two HD systems in terms of gaming was fairlyÂ negligible. If you had one or the other you were sorted. Just choose the one that has the exclusives that speak more to you.

Following the reveal of Xbox One, it’s looking increasingly like Microsoft, Sony and Nintendo are going in three distinct directions. This muddies things up a bit. 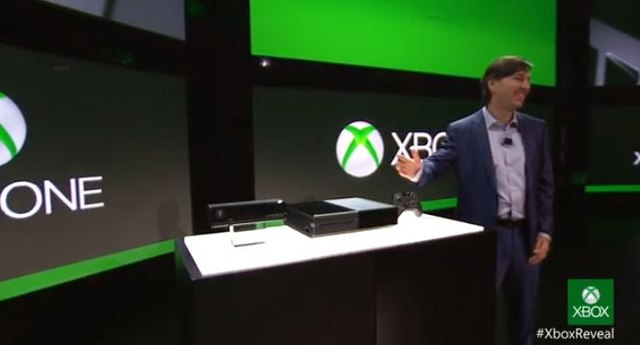 The way I see the future going, if you’re really into the cutting edge of console gaming innovation you’re going to want a PS4. If you’re invested in the Nintendo ecosystem and you want to keep up with the interesting and imaginative gameplay andÂ experiencesÂ that come with it (and off-TV Smash BrosÂ tournaments) you’ll need a Wii U. Microsoft said nothing during their hour-long reveal that makes it sound like Xbox One will encroach on either of these areas. So why would you want to buy one?

To be clear, Microsoft has said much of their game-related info will be coming at E3, but the game-related discussion from the hardware reveal event is still interesting.

We know how the new Xbox willÂ revolutioniseÂ the way you watch TV and manage your various visual and aural entertainments. We’ve even seen how the new Xbox will provideÂ new TV, with Xbox Entertainment producing original and exclusive television content including a Halo episodic series and what looks like it could be a TV show mixed with a game from Remedy called Quantum Break. 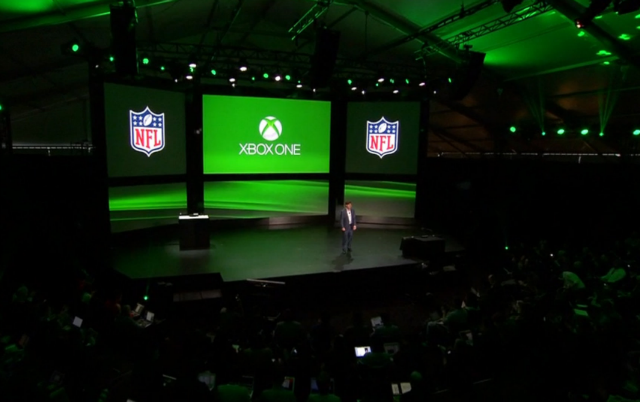 But what will they bring to gaming? Sony spent a lot of time in their reveal explaining the tools their new hardware provides to developers. Meanwhile Microsoft said their first party studios will be putting outÂ 15 games in the first year, eight of which will be brand new franchises.

This is good, but will they be games you will want the box for? How will the device deliver experiences I can’t get elsewhere? Frankly, as awesome as Halo is, I don’t even think 343 Industries is going to deliver a shooter for Xbox One that truly feels like an experience I can’t getÂ elsewhereÂ in games like Destiny.

There of course will be games on Xbox One. Lots of games. The question at hand is will the box’s new features change games in a meaningful way so that they’re superior to the games we’ll be able to get on Xbox 360, Wii U or PlayStation 4? It looks like the proposition Microsoft is making above all else is that you’ll be able to integrate your other entertainments with your games. A game might play the same on Xbox One and Wii U, but on Xbox you’ll be able to play it while Skype calling a friend or streaming content to your Surface tablet.

It’s early days, but at the moment it almost seems as though Microsoft isn’t prepared to push forward with gaming at all. Instead they’ve developed a system designed to connect all your loungeroom devices and services together in new and innovative ways, and then they’ve taken those systems and looked at how they could be applied to games as an afterthought. Just take a look at how they chose to represent the home screen of their new device compared to the other two companies: We all know Nintendo has gone to great lengths toÂ separateÂ itself from the ‘hardware wars’ discussion, marching off in its own direction with both Wii and Wii U while Sony and Microsoft battle it out in more traditional spaces. By the looks of it Microsoft is looking to do a similar thing with Xbox One. But while Nintendo has kept gaming front and center of their innovations including Miiverse, motion control and the gamepad, Microsoft is doing the reverse by gamifying television, movies and entertainment moreÂ broadly.

So what about an answer to the question posed near the start of this article: why would you want to buy an Xbox One? Obviously since the system was only very recently revealed we can’t have a full answer yet. By the looks of it though this will be the one system of the three that you might be interested in even if you’re not into games. If you watch a lot of TV, if you’re a big sports fan, if you love the big blockbuster ‘Hollywood’ video games but don’t really get much deeper than that and would like all your entertainment to come from one box, this console is shaping up to be perfect for you.

Sony’s starting to look really good as the home of indie games, boutique games and a game-enthusiast community for the next generation of consoles, and Microsoft’s starting to look as though they’re fine with concedingÂ that. Nintendo has everything they need to carve out their own niche in this space and make sure every hardcore console game fan needs at leastÂ a Wii U and a Playstation 4, and that devoted Nintendo fans can be happy owning only a Wii U and not feel like they’re missing anything.

It seems kind of weird to say it, but so far Microsoft hasn’t said or shown anything that indicates Xbox One is a threat to Wii U in terms of its ability to satisfy gamers over the next few years. But this is assuming Nintendo can deliver on its promises of a faster and sustained rate of game releases post E3, a better relationship with indies as well as big third parties and continued refinements of their social and second-screen innovations.

Was there anything in Microsoft’s Xbox One reveal that spoke to you as a Nintendo fan or as a gamer?

local_offer    Nintendo  wii u  xbox one