Nintendo’s Shigeru Miyamoto said in a recent interview that he’s interested in using some of his old ideas for the GameCube and GameBoy Advance with the Wii U. The GameCube and GBA offered a connectivity where the player had two screens — pretty much like the current Wii U setup with the GamePad (only much more basic, of course). 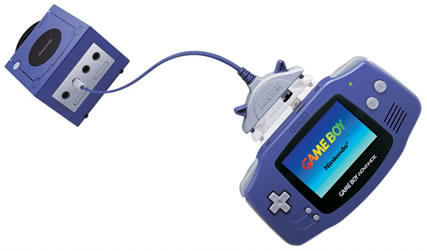 Miyamoto says that back then, it was unlikely for players to have both consoles, so developers couldn’t count on an extra screen. With the new Wii U, all that changes. When asked whether it’s likely we’ll see those ideas realized on the Wii U, Miyamoto told Game Master magazine:

“I think it is very likely. I cannot tell specifically what ideas I used to have at the time which might be realized this time around. But as you might recall, at one of the E3 shows several years ago we showcased a game of Pac-Man Versus, which was a really interesting game. Unfortunately however it was rather hard for everyone to own four GBAs at the same time.”

“But at that time still it was not very easy or accepted. [Now, with Wii U], itâ€™s not just creators outside the company are finding fascinating possibilities to be able to realize a game dream come true.”

The GameCube and GameBoy Advance link was a very novel idea in gaming in 2002-2003, linking two consoles and offering a secondary screen experience at a time when smartphones and tablets were nowhere to be seen.

Miyamoto is currently working on polishing Pikmin 3, which will released on the Wii U in March 2013. After that, we’re pretty sure he’ll go on to work on the new Wii U Zelda game.