This year’s E3 presentation for Nintendo was the best yet, not only for the number of new games revealed at the show, but in terms of what consumers thought about the presentation as well. Nintendo’s fans are more excited than ever, but what about people who don’t own a Wii U already? How did the E3 presentation affect them in terms of their plans for purchasing a Wii U in the near future? 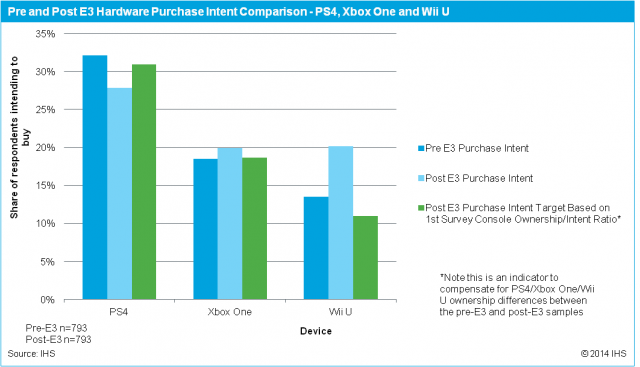 According to a new survey commissioned by GamesIndustry, E3 was a huge boost in confidence to Nintendo from people who don’t yet own a Wii U but would like to purchase one. The survey shows that after the presentation, those who said they would be more interested in buying a Wii U after knowing what’s coming rose by 50% compared to those surveyed before the presentation. The sample size is one thousand gamers and despite starting out with the lowest number of people interested in purchasing the console, the Wii U saw the biggest benefit from its E3 showing.