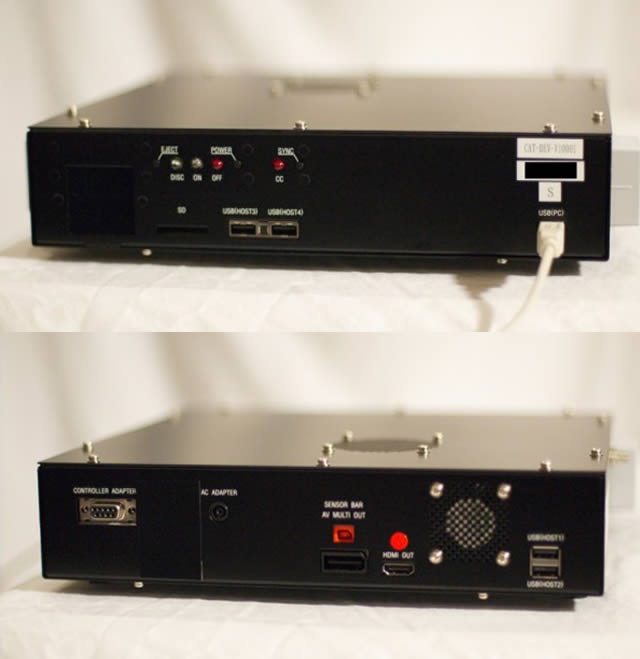 According to rumors, this is the Wii U dev kit, code-named CAT-DEV (Cafe Tool for Development), referring to Wii U’s code name “Project Cafe”. The dev kit is said to be one of the earlier models before they were mass produced by Nintendo and shipped to developers. The dev kit pictured above was so early it didn’t even support the GamePad controller and developers could only use Wii U pro controller. The current Wii U dev kits are said to be very different, with support for two tablet controllers, updated hardware, and the controllers themselves. The above dev kit is said to be the first and second version, while the current Wii U console development kits are up to version 5, said the be the final version of the hardware.