Why do some SNES consoles turn yellow as they age?

I was born in 1985, just seven months before Nintendo released the Nintendo Entertainment System in North America. Some of my earliest memories are of sitting on the living room floor in my parents house, playing with an old Atari 2600 or tinkering around with an old Commodore 64 my dad picked up at a yard sale. The one universal truth that I can tell you about all of these electronics is that they turn yellow with age.

But no electronic piece of equipment aged quite like the SNES, which seems to have its own personality when it comes to aging. Some people report only the top half of their consoles have tinted to an unsightly yellow color, while others report it happening all over, or only to the bottom half. Lots of culprits are blamed for the yellowing, with cigarette smoke being the most likely excuse. However, there’s a simple explanation for why your SNES looks like this and it’s not because mom had a pack-a-day habit. 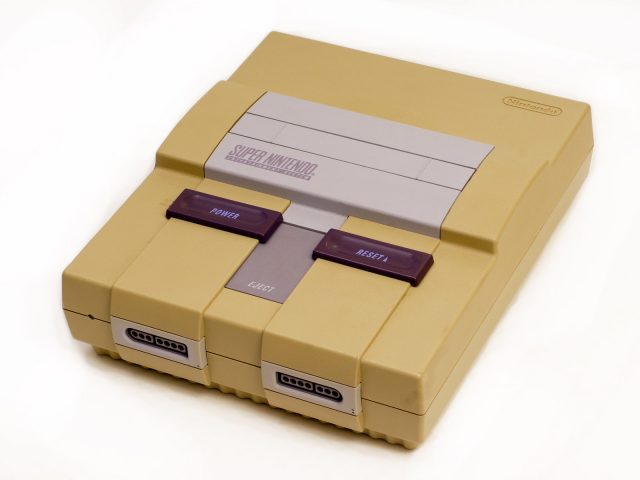 Why did my SNES turn yellow?

In short, the type of plastic that Nintendo used to make the SNES is the reason it becomes that gross yellow color over time. A type of plastic called ABS, or acrylonitrile butadiene styrene, was used to make the SNES and other electronics of the time. Because ABS is combustible, manufacturers mix a variety of flame retardant chemicals into the mix to help reduce the chances of catching fire. Bromine is the chemical most often used and it has a naturally brown color.

The problem starts when bromine is exposed to ultraviolet radiation, which is found in natural and artificial sources of light. The reaction breaks bonds that were created in the manufacturing process which causes oxidation. The oxidation of these free bromine particles is what results in that sickly yellow color appearing on your console.

That certainly doesn’t explain why pieces age and color differently on the same console. One hypothesis is that Nintendo didn’t get the mix of ABS and flame retardant right the first time around, resulting in the yellowing color you see on the console today.

Yes, you can! It’s actually a really simple solution that will involve tearing the console to pieces and giving it a thorough cleaning, but if you’re comfortable with that you can remove the yellowing from your old SNES console. 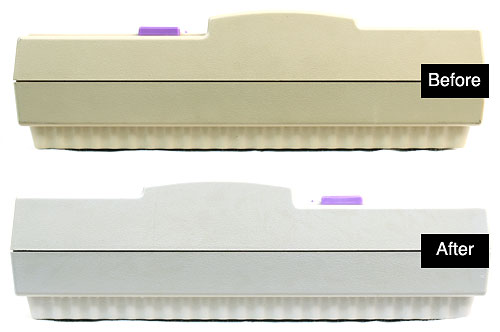 What’s the secret ingredient? Why, hydrogen peroxide. You probably have a bottle of this stuff laying around your house already, but it’s easier to use OxyClean, which uses hydrogen peroxide as an active ingredient. You can make a paste that you can slather all over the yellow portion of your console (once you’ve taken it apart not before!) and go from there. 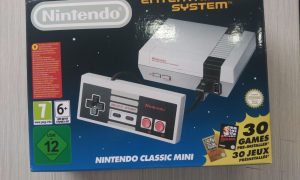