Could Nintendo bring back gifting, have Virtual Console connect Wii U and 3DS?

With E3 only a short time away, an exciting system update for Wii U dropping soon and Virtual Console due in the next couple of days, the rumour mills are firing on all cylinders around what Nintendo has in store for its online offerings.

Long-time rumour-monger Emily Rogers continues to do her part, today delivering the hint-filled tweet “there may come a time in the future when owning both a Wii U and 3DS will become beneficial”, and then later “Nintendo looking at possibly to bring back gifting, do a feature where some of your Wii U VC games can be playable on 3DS, and vice versa”.

It’s important to note that Rogers isn’t always 100% right, but she obviously has sources and so the hints should be treated as semi-authoritative.

So could Nintendo really have something fresh and connectivity-related in store for us? Putting aside the crazier possibilities like that rumour from a few months ago that said the 3DS was going to be able to control Wii U like a gamepad, there are still plenty of really interesting, really possible features Nintendo could institute in their online systems beyond what’s already been announced.

Cross-platform play, as hinted at by Rogers, would be a popular one. Sony’s made good use of this feature, where purchasing certain games on PS3 automatically adds them to the ‘download’ list in the store app on your Vita and vice versa. It’s easy to see how with a software update for both systems you could transfer purchases for games available on both, namely Virtual Console titles, although there’s a problem when it comes to the current state of Nintendo’s account management.

Ps3 and Vita of course already have unified PSN IDs, but Nintendo hasÂ separateÂ ID systems for both Wii U and 3DS, each locked to the system and non-transferable. If Nintendo announces Nintendo Network for 3DS sometime soon the problem could be resolved, although there are other ways around it.

What if, for example, purchasing a compatible VC game on Wii U gave you an option to ‘share’ your purchase with a 3DS, at which point you connected your handheld wirelessly to your console and downloaded it that way? Or connected them both online system transfer style. It would work fine also in reverse. The only issue that remains is regarding save states and suspend game data, whichÂ doesn’tÂ seem like it could sync smoothly between systems without a unified ID and cloud storage.

The other feature mention by Rogers is gifting. Could we see a feature whereby you purchase and pay for a certain title on your Wii U and then choose to transfer your purchase to a friend? The feature was implemented just fine on theÂ originalÂ Wii, so it seems like a good chance. The implementation could be very simple too: you purchase the software, select a friend from your list and he or she gets aÂ notificationÂ that the game’s available for them in the shop.

So what other incremental updates could be in the works for the Wii U’s online? 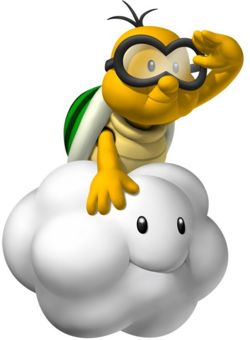 Well what about cloud storage? Remember the SD card menu on the Wii, how each game would take a few seconds to transfer to system memory before you could play it? There’s no reason a similar system couldn’t be put in place for Wii U VC games but with games left in the cloud instead of on an SD card.

We know Nintendo plans to make user accounts transferable and mobile in the future, so imagine being able to put your account on a USB stick (or on the Wii remote’s long-forgotten internal storage), take it to a friend’s house and have all your purchased VC games there good to go. Plus a Lakitu-themed transfer animation would be adorable! There would be an issue with accessing your games if you happened to be offline of course, and there wouldn’t be any huge benefit to the user assuming they had heaps of storage space. But that brings me to my next piece of speculation:

Virtual Console subscription. This one might seem a little less reasonable as monthly subscription fees are kind of unlike Nintendo, but then they’re bringing Â one in for their new Flipnotes on 3DS, so who knows! Basically you would pay a monthly or yearly subscription and get access to all the released VC console games right there in your cloud storage. Of course if you’re paying good money you want good games, so Nintendo would have to make a guarantee or a publish a release schedule so we can make sure we won’t be stuck playing King of Fighters three months in a row.

Finally, Wii U folders. I know that’s hardly an online feature but all theseÂ downloadableÂ and Virtual Console games need to go somewhere. Games spread out randomly across eight menu screens will not be fun.

What online features would you like to see on Wii U? Are you excited for theÂ possibilityÂ of gifting digital games or playing the same games across Wii U and 3DS? Do you have something else in mind you think may be around the corner?