What can Nintendo do to ensure the virtual console is a success?

I got a lot of requests to write an article about the Virtual Console, so I decided to finally get one out there. While it’s not a subject I felt particularly moved to write about, I didn’t want to leave my wonderful fans in the cold, so here it is! Keep in mind that my first Nintendo console was a Wii, so assume that I’ve never played anything from before the GameCube era except on VC.

I realize I’m making a terrible generalization, so let me clarify that some VC games age tremendously. I fell in love with Super Metroid. One of the best games I’ve ever played. Ocarina of Time was amazing too. My roommate still calls it amazing that I beat the main story without a guide. So I’m not bashing the VC. It’s given me amazing experiences that I never got the chance to have as a kid.

However, there are other games such as Mario Kart 64Â that just… wow, it does NOT age well. I know I’m going to lose some friends for this, but Mario Kart 64 was not a good Mario Kart game. Maybe the newer ones have spoiled me, but humor me. If you own a copy of MK64 –Virtual Console or otherwise– go load it up right now and try drifting in it. I almost guarantee it’s harder than you remember. It’s fun to play with friends who are also struggling with the controls, but playing against computers that know exactly what they’re doing is not fun at all. Personally, I’m aÂ Crash Team RacingÂ kid. 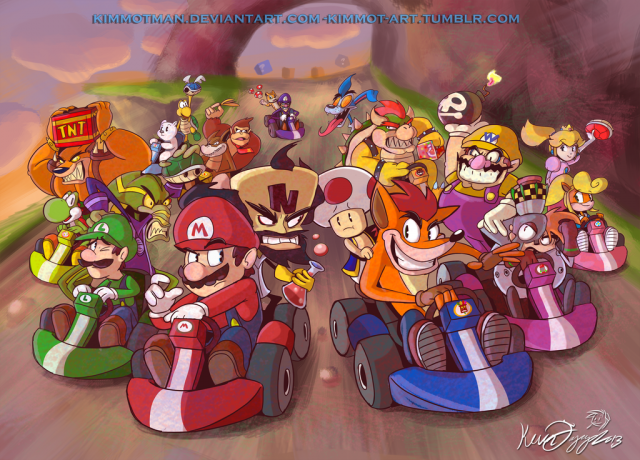 Well, we have GBA games coming for Wii U, which is great. But many people are asking Â why they’re not coming to 3DS. It seems like a perfect fit, right? I’m pretty sure I know exactly why. The ambassador program for the 3DS clearly stated that the GBA games released for that promotion were going to only be available through the program. It basically said “If you want GBA games on your 3DS, this is your chance.” Honestly, that was one of the reasons I got an ambassador 3DS. If they released GBA games on the 3DS again, I don’t think they’d have too many unhappy ambassadors on their hands, but I still think this is why they have been hesitant.

I’m 100% with everyone who’s asking for N64 games for Wii U and Gamecube games as well. The Wii had N64 games, which was two gens behind it, so the Wii U should have the Gamecube as well. I’d love to play Super Mario Sunshine, but I don’t want to buy a Gamecube for it. Since Nintendo seems to be marketing for the younger crowd, I think adding Gamecube games to VC could be a great idea. Most of the younger generation never got a chance to play Gamecube games, and there were some great games on it.

Also, I keep seeing articles go up about games being released on VC, but almost none of them are familiar to me. And it’s also boggling my mind that these games aren’t released faster. If Nintendo really wants to capitalize on their awesome Virtual Console library, they need to actually release it. And they shouldn’t just toss them all out there willy nilly. They should make little bundles as well. “The Mario Collection”, “The Legend of Zelda Collection”, and “The RPG collection” are a few examples that come to mind that would sell great! Maybe they could offer discounts on them if you already own a game or two from it. They’d have to do a good job of marketing it though. If someone buys a game from the collection without buying the collection, maybe pop up a message that says “Wait! Did you know there’s a collection this game is included in?”. Something like that would get even the most casual of consumers aware of these promotions.

Well, I wasn’t entire sure what to say when I started this article, but I think I spilled enough of my thoughts out here to at least get you guys a good idea of where I think the VC should be going, and what I currently think of it. I hope this article turned out as great as you guys hoped when suggesting it! As always, keep the suggestions coming!

I had to dig pretty deep to find posts that weren’t just about Skylanders. Here you go!

Post Text:Â This is how you pick up chicks

The Legend of Zelda: The Wind Waker HD 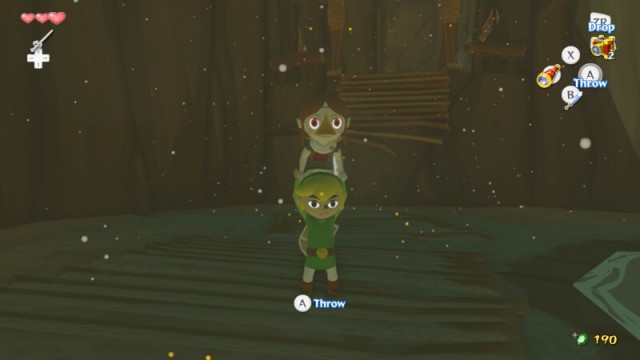 You know me. I’m just doin what I do. Pickin up chicks all day long. And then I toss them off bridges and watch them fly away. Y’know, typical boyfriend stuff! Actually, considering they’re both about 10 or so, that kind of is how relationships work at that age.Â The Legend of Zelda: The Wind Waker HDÂ wins the 2014 best relationship sim award. Calling it right now. 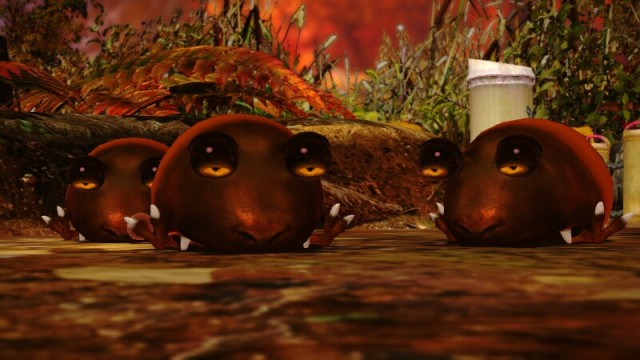 Come oooooon. Look at those little guuuuuys. So adorable and sleepy. I honestly loved the camera feature in this game. It really gave them a chance to show off what a great looking game this is. Sure the ground textures are a bit iffy, but show me a game that has enemies and whatnot that look this good without making other graphical sacrifices. (Seriously show me… I bet it looks awesome!)

Post Text:Â I’m tempted to show this level to my dad and say “TV is being weird” & let him try to figure it out 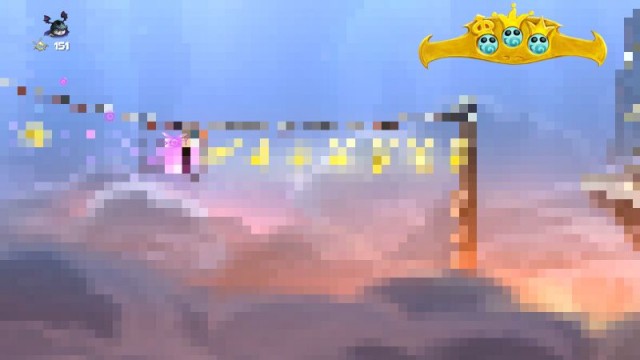 Sadly, my dad is pretty smart with technical things, and would realize that it’s not actually a problem with the TV itself, but with the output. If this were actually happening unexpectedly, it’d be the Wii U’s fault, not the TV, and he’d be able to pick that out right away. He’d probably also notice the life counter and teensie counter aren’t getting pixelated either. CURSE YOU DAD FOR KNOWING YOUR STUFF. Nah, he’s actually great. Both my parents are. Love them both to death. Take some time out of your day this week and let your parents know you appreciate all they do if you haven’t recently. #ZorpixGetsDeep

Thank you all for reading this far, and please suggest more topics in the future!. If you do happen to have any suggestions for next weekâ€™s topic, any questions about the content I wrote, or just wanna say hey, feel free to sound off below! If you really feel inclined, you can mosey on over to myÂ Twitter,Â Facebook, orÂ MiiverseÂ account. Please donâ€™t feel offended if I donâ€™t respond to friend requests on the Wii U, as I reserve that for people I actually know in real lifeÂ (usually…). Iâ€™ll gladly follow back though!

Have a great Spring Break everyone! If you already had it, hope it was great! If yours isnâ€™t for a while yet, hang in there! Mine just started Sunday!