TumbleSeed is hands-down the weirdest Nintendo Switch game I’ve played and I say this having tried out the Puyo Puyo Tetris demo. Check it: using both the left and right analog sticks in a dance of flicking either stick up or down, your objective is to climb this mountain. Oh, and you’re a seed. A seed! That’s an all-too-important detail for this game, asÂ it forms the basics of its mechanics.

Because this is a video game, and we love violence in our form of entertainment, there are various bug enemies who want nothing more than to see you fall all the way back down the mountain. Each time you get hit, you lose one or two of your hearts. Lose them all and you start all the way back at the base of this seemingly-giant, randomly-generated mountain. 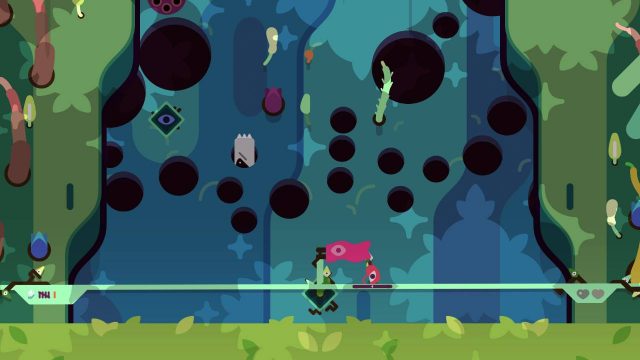 Being a roguelike, your experience won’t be the same each time you restart your journey. Yeah, you’ll go through some of the same basic motions, but they’ll still feel different. This is due to how developer Team TumbleSeed tackles the roguelike elements. Instead of generating an entirely new world, there are some constants between playthroughs. The mountain itself is divided into multiple areas. The theme of these areas, as well as the enemies that inhabit them, stay the same. However, the placement of the holes and enemies is what changes. So, there’s a bit of familiarity in that you’ll get excited or nervous when you approach a new area, because you know what obstacles to expect, but not where to expect them. Between each new area are hubs where you can play short mini-games for items, or just take a breather.

Now, where TumbleSeed gets interesting is how it weaves various upgrades into the gameplay. By default, you’ll have access to four seeds: Flagseed, Thornvine, Crystal, and Heartseed. Each of these seeds can be planted in designated soil spots on the mountain. Flagseed plants a checkpoint which you’ll return to whenever you get hit. The CrystalÂ seed brings you one step closer to getting another crystal, the game’s currency you’ll use to plant seeds. The Heartseed works like the crystal seed, except you’ll get additional hearts instead of crystals.

Along your quest to save the tree, you’ll even dip into little bungalows to grab even more seeds! My favorite part of these areas is that they let you try before you buy. They acknowledge that getting this far in your journey wasn’t easy and saving up the crystals necessary to purchase a new upgrade was just as hard. So, being able to try out the new seedlings is a nice gesture in a society where we don’t really get this feature much, if ever.

Seed management is imperative. You really have to think about whether you want to use a crystal toÂ plant a flag, or try to fortify your defenses for any potential enemies. When you do inevitably die, you’ll get placed on a leaderboard that lets you see your stats like how far you got up the mountain, how many crystals you had, and more. 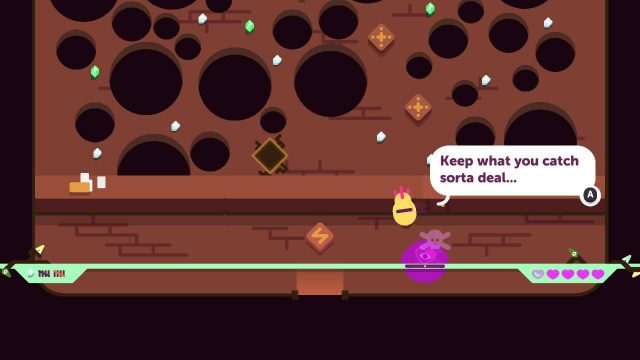 At the forefront of everythingÂ is TumbleSeed’s movement. Like I stated earlier, you’ll use the Switch’s sticks to move. Normal, eh? Nah, not even close. Your seed is on a balancing beam whose sides correspond to either analog stick. Move the left stick up and the left side responds, right stick, right side. Making sure you’re not tilting too far in any direction makes the difference between sending your seed careening into hole in the mountain or narrowly avoiding death.

When you’re not trying to get to the top of the mountain in AdventureÂ mode…you’ll be trying to get to the top of the mountain as part of the Daily Challenge. TumbleSeed doesn’t have much variety in its modes, but the Daily Challenge can be a fun way of comparing your abilities to other TumbleSeed players. Here, you get one chance to get as far up the mountain as you possibly can. The mode’s pretty fun and seeing your placement on the leaderboard can be all the encouragement you need to do better the next day. I just wish there was a practice mode before the real thing, but I suppose that would be like cheating.

All in all, TumbleSeed is pretty good. The varied length of your runs plays heavily into the Switch’s hybrid nature. TumbleSeed is great for those few minutes when you have a little time to try to progress up the mountain, or longer sessions when you’re dedicated at perfecting this game. Though TumbleSeed is shallow in a sense, the roguelike elements and quick gameplay sessions help this game from quickly becoming a boring title. 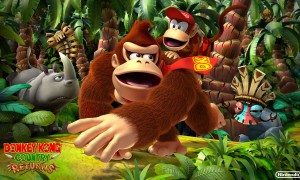 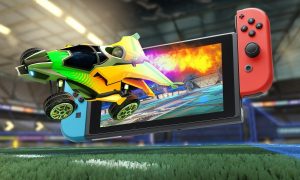