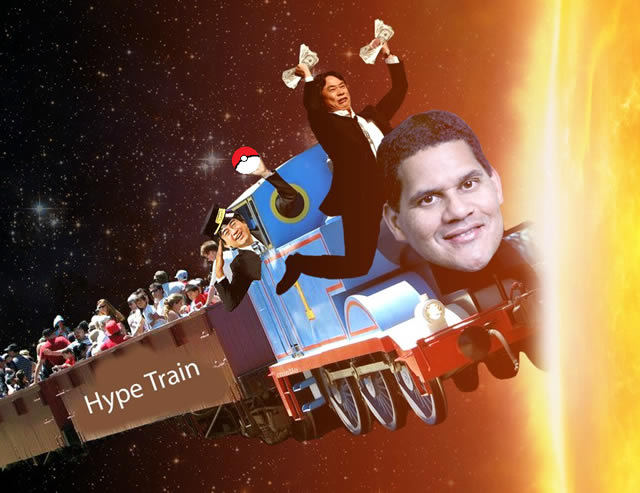 E3 2013 is less than a month away, and all the big game publishers and developers are gearing up for what will be the biggest E3 in years. It will be all about next-gen, as Microsoft will reveal the Xbox 720, Sony will show off their PlayStation 4, and Nintendo will be showing off a ton of new games for the Wii U. Nintendo has confirmed that a new Mario Kart and 3D Mario will be showcased on the Wii U. Like Sony and Microsoft, Nintendo will kick off E3 with their own press conference just before the doors open for the main show.

We’ve collected the details on the Top 10 Wii U games that Nintendo has confirmed will be at E3 this year. And it looks like it’ll be the biggest E3 for Nintendo in years.

Originally announced at last year’s E3, Nintendo has been surprisingly silent about the Wii Fit U, considering that the previous Wii Fit is one of the all-time best selling video games in history and made hundreds of millions of dollars for Nintendo. At the very minimum, we expect Nintendo to unveil the price point and final release date of Wii Fit U. We wouldn’t be surprised of the game and Wii U balance board launch this Fall.

Nintendo surprised everyone last year by revealing that Bayonetta 2 was coming exclusively to the Wii U. Nintendo didn’t show much besides a teaser trailer. A few months later, a Nintendo spokesperson revealed that the first Bayonetta 2 Wii U details will be revealed at E3 2013. There’s a lot of excitement around Bayonetta, so much that known Nintendo-hater/troll Michael Pachter said that he’ll buy a Wii U just to play Bayonetta 2.

Nintendo has revealed bits and pieces of the new Pokemon Wii U game, and will hopefully showcase the final product at E3. The game will be the first Wii U title to feature NFC connectivity. Recently, Nintendo revealed the first figurines which will be used with the game. The game will launch in Japan just before E3, while we in the West will likely have to wait a big longer. E3 will be the perfect opportunity for Nintendo to show off the game to us in the West.

We don’t know much about this game, despite Nintendo releasing a few teaser trailers showcasing some gorgeous graphics. Yarn Yoshi on the Wii U will be the first Yoshi game on a home console in 15 years. Last time Yoshi got his own game was on the N64 with Yoshi’s Story. Check out the first gameplay video of the game.

Pikmin 3 will be released shortly after E3, on August 4, 2013. Which means Nintendo will have one last chance to show off the game and create even more excitement.

Nintendo confirmed that a brand new Mario Kart Wii U game is in development and will be showcased at E3. We honestly have no idea what to expect, as Nintendo has gone out of their way to keep Mario Kart (and 3D Mario) very secret. The Mario Kart series has been in all sorts of directions during its lifetime — with Nintendo’s imagination, anything is possible for the Wii U version. Nintendo confirmed that this game was in development quite a while ago, and is rumored to be released sometime next year. Super Smash Bros Wii U (or Super Smash Bros U) is in co-development with Namco Bandai, and the Namco team helping Nintendo create the new fighting game is none other than the team that worked on Tekken. Nintendo is working on Super Smash Bros for the Wii U and the 3DS simultaneously.

When Nintendo announced that a Mario Kart Wii U game will be revealed at E3, they also dropped another bomb: E3 2013 will include the showcase of a brand new 3D Mario game for the Wii U. Again, we have no idea what direction Nintendo will take with Mario this time. The company is known for innovating, especially when it comes to the Mario series, so we doubt it will be another Super Mario Galaxy game. We think Nintendo has something completely new in store for us. 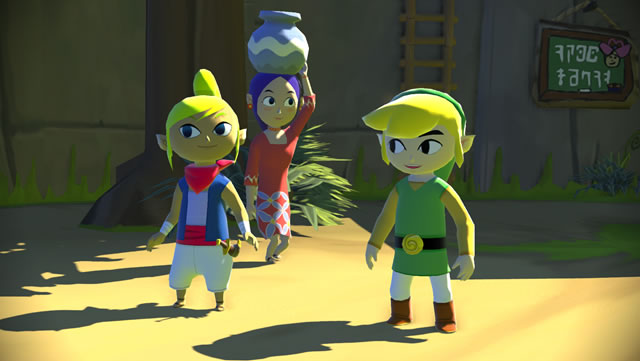 We expect Nintendo to blow the cover of Wind Waker HD for the Wii U, revealing all the details, the controls, plenty of gameplay videos, and more. Wind Waker HD was announced for the Wii U earlier this year, but we only got a few screenshots. At E3, we expect everything to be unveiled, as the game is scheduled for launch this Fall. Wind Waker HD is a remake of the original GameCube game, and features gorgeous new 1080p graphics. Just check out some of the screenshots here.

Last time we saw a Wii U Zelda game was two years ago — at E3 2011, and that was just a tech demo. According to our reports, Nintendo has assembled the biggest team ever to work on the upcoming Wii U Zelda game, scheduled for release in 2014. Nintendo has hinted that this new Zelda game will be shown off, or at least, teased at E3, in addition to Wind Waker HD. Until then, we’ll just have to enjoy Wind Waker HD, which will be released this Fall.

Nintendo will showcase 10 first party games at E3 2013. That’s a lot, more than in any of the E3 events over the past few years. And there are still some games left on the table which we likely won’t see. Those include: Metroid, Star Fox, Donkey Kong, Animal Crossing, Game & Wario.

We know all this sounds like we’ve already boarded the E3 hype-train, but in all honesty, this year’s E3 really is shaping up to be one of the most exciting ones ever for Nintendo fans. We’re looking forward to see Reggie, Iwata, and Miyamoto-san at E3! 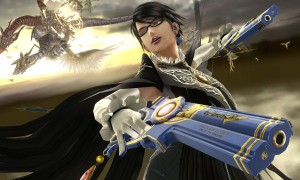