Video arcade hilariously refers to Switch as “Switch U”

Entertainment restaurant slash video arcade chain Dave & Buster’s recently offered the Nintendo Switch console as part of their points program. What’s funny is that they refer to the Switch as the “Switch U”.

Check out the image below. If you don’t know what Dave & Buster’s is, it’s a entertainment and restaurant chain where each location also has a full video game arcade. They’re quite rare though — there’s only about 100 locations in North America.

You can earn points and buy various items, like the Nintendo Switch U for just 100,000 tickets. 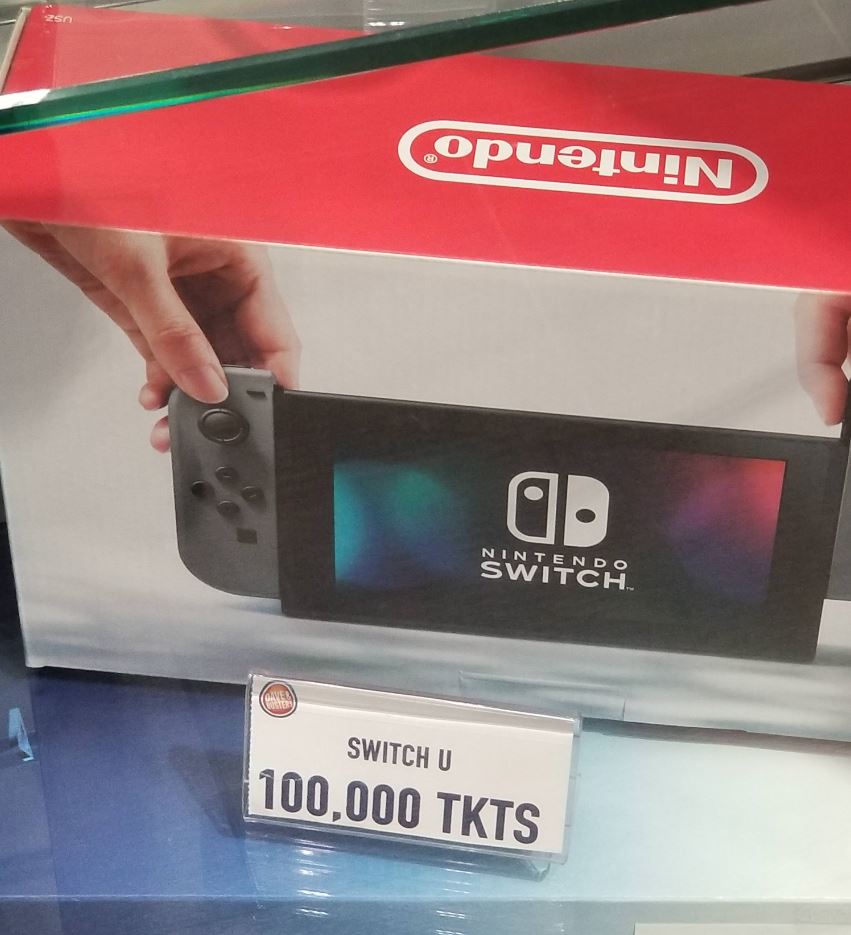