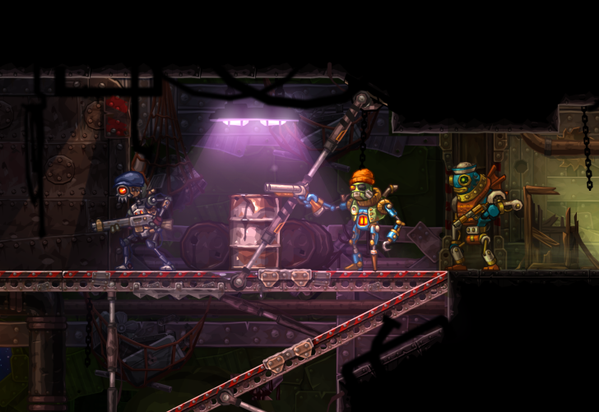 Indie platformer SteamWorld Heist has already gotten a digital and physical release on the Wii U in Europe, and now Nintendo has revealed the North American release date on its site: October 20th.

SteamWorld Heist was released last year on the 3DS and earlier this year on other platforms and has been well-received by critics and gamers, especially for its imaginative steampunk art design.

No pricing is listed on Nintendo’s site, but the game retails for $20 on Steam so it’s likely that it’ll keep that price on the Wii U eShop.

Check out a gameplay video of SteamWorld Heist below.