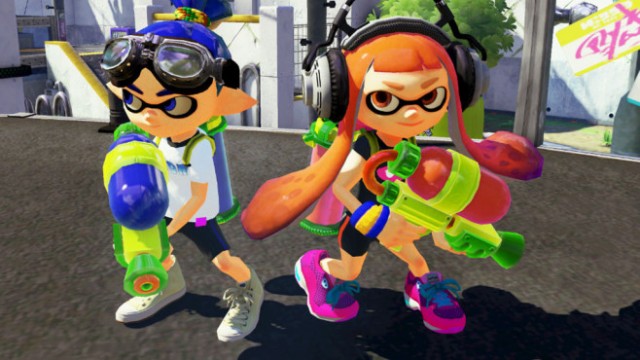 Splatoon is one of first new Nintendo IPs we’ve seen in a while now, so plenty of people are curious about the development of the game and how it came to be. The game is currently featuring on the cover of Edge magazine’s May issue and contains a wealth of information about the project and how it got its legs.

According to director Yusuke Amano, it was a very rough development period at the beginning because none of the designers could figure out what they wanted to do with the game and Shigeru Miyamoto was scolding them for it.

[After] the prototype phase, we had all these ideas about the height, the ink, the characters, and the image of the character and the squid, but we couldnâ€™t kind of filter it down to a final result that would result in a simple, fun game. And during this period, we were being scolded by Mr Miyamoto all the time.

He was saying, â€˜I donâ€™t understand. What do you want to do? Thereâ€™s no appeal to this game.â€™

We had the basics and then we were like, â€˜Letâ€™s add the hiding [in ink] feature; letâ€™s add jumping; we need height, because itâ€™s a 3D map.â€™ And then we thought, â€˜We need to be able to shoot up and down.â€™ And we realised weâ€™d added all this stuff, and we got confused. We didnâ€™t know what the game was about.”

Of course, we know the team iterated the game until we have the Splatoon that we see today, but it must have been quite a challenge to come up with design mechanics that are new and interesting when someone as legendary as Shigeru Miyamoto is telling you the game has no appeal. They eventually turned his opinion around thanks to all of their developments, because Miyamoto has given the team and the game that resulted from development plenty of praise even before release.