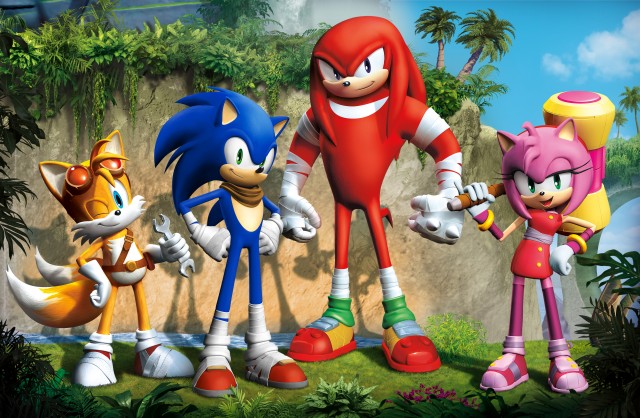 Did you have your calendar circled for Sonic Boom: Rise of Lyric Wii U’s November 18th release date? Well, you can erase that — not because it’s been cancelled or delayed, but because it’s actually launching a week earlier than anticipated! Sega announced the news on their Twitter account this morning. The game is now scheduled to launch November 11th here in North America. The Nintendo 3DS date was always November 11th so both versions will be launching at the same exact time.

Unfortunately Sega didn’t announce any such news for Europe or Japan, but there’s still time for more developments to take place. Sonic Boom: Rise of Lyric is an action adventure game where Sonic, Knuckles, Miles, Amy and Sticks find themselves on an island where villainous Lyric the Last Ancient is planning to use Chaos Crystals to create a world filled with and controlled by robots. The group is tasked with working together to get the Chaos Crystals before Lyric to stop him from taking over the world.

There’s no secret Sonic has seen better days, but we’re still hopeful this title will deliver a pretty decent experience that should be worth checking out down the line. Are you going to be picking up a copy on its new release date?