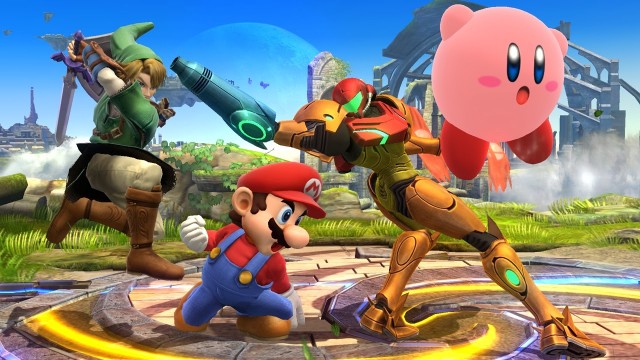 Despite all the hype and excitement for the upcoming Super Smash Bros U for the Wii U, Nintendo has yet to officially announce a release date for the game. While the 3DS version launches in Japan today (check out our 3DS demo impressions) and next month in the rest of the world, the Wii U version still doesn’t have a firm release date.

We’ve previously heard retailers announce a release date for Super Smash Bros on the Wii U, but those could have been guesses. However, sometimes retailers know in advance when a game will be released, but a forced to stay hush-hush about it. And sometimes they “accidentally” post the release date.

According to Fred Meyer, a chain of superstores in the US, the Super Smash Bros U release date is set for November 21, 2014. The release date appeared on a reservation card from the retailer, as seen on the image below.

While we don’t have a specific release date, we can be sure that Super Smash Bros U is Nintendo’s big Wii U title for the very competitive holiday season. Super Smash Bros is one of the most anticipated games of the year, and even won the “most wanted” award at GamesCom last month. 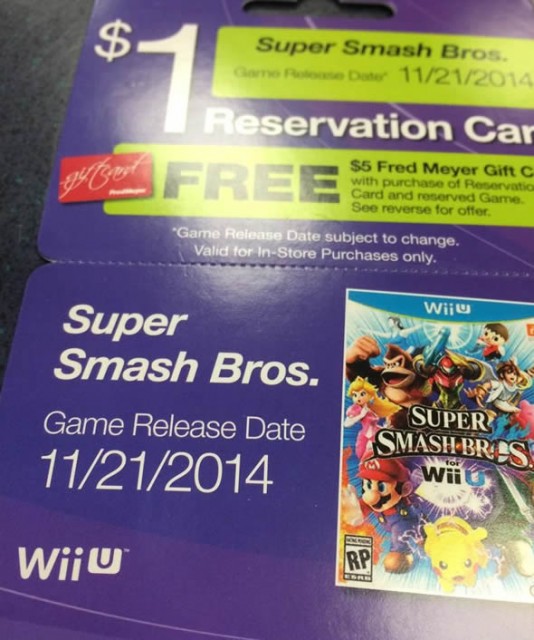