Pokemon Rumble U will interact with Pokémon toys via NFC

It was always the most obvious software application of the Wii U gamepad’s NFCÂ capabilities.Â Every Nintendo fan has predicted it, and it looks like this year it will become a reality â€” there will be a physical PokÃ©monÂ product that interacts with a PokÃ©monÂ game via NFC.

The latest issue of Japanese magazine CoroCoro has revealed that PokÃ©monÂ Rumble U â€” slated for release in Japan this April â€” will work in tandem with PokÃ©monÂ figures purchased at retail. The following partial translation is from Serebii.net:

Story wise, the toy PokÃ©mon have been lost from the shop after falling in the river. The task is to get back to the Toy Shop, while facing various bosses such as Chandelure. 6 Standard Figures and 1 Special Figure are to go on sale on April 24th with the Pikachu figure being known. The figures are trainable and you can record your battle information on them.

While the best case scenario would obviously be functionality in a full-fledged PokÃ©mon RPG withÂ NFC chips embedded in something super-collectible like packs ofÂ PokÃ©mon cards, the prospect of these collectible figures is still worth taking notice of. 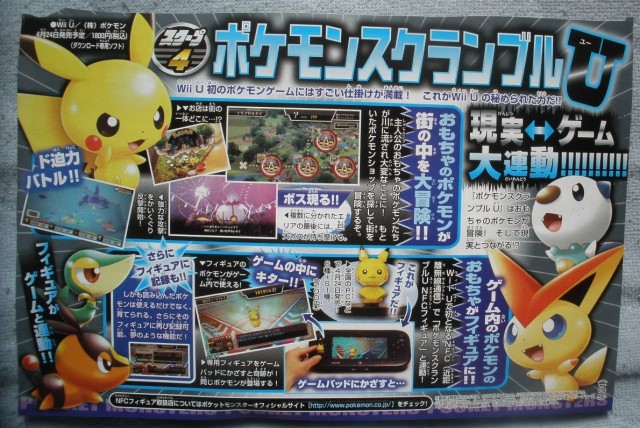 The notion that the figures will be trainable is particularly interesting in that, as in Skylanders, the toys could become like cute little memory cards you take with you to a friend’s house or a games night. The figuresÂ unfortunatelyÂ seem to use the same super-deformed Mii-like art style as the originalÂ PokÃ©mon Rumble, but I guess some people are into that.

In Japan the figures will cost just 200Â¥, and considering the game costsÂ 1800Â¥ that’s pretty inexpensive. Only the Pikachu figure is shown in the article, but it is surrounded by art depicting Snivy, Tepig, OshawattÂ and Victini. Could they make up four of the other 6 figures? I personally am holding out hope that the special figurine turns out to be Garbodor.

Neither the game nor the NFC figures have been announced for release outside of Japan. Would you be interested in playing with them if they made it to international markets? Sound off in the comments below. 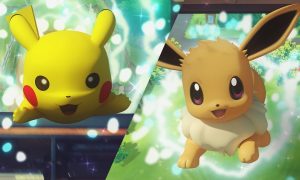