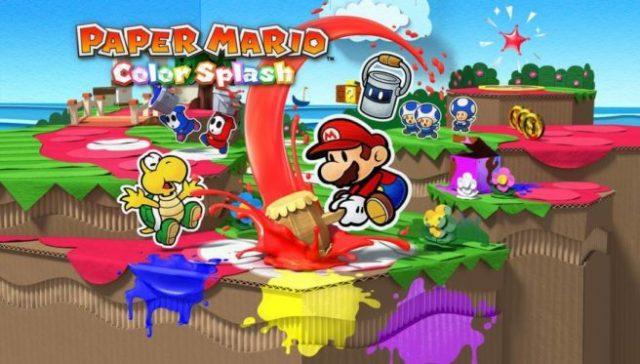 Nintendo is bringing a new Paper Mario game to the Wii U next month, called Paper Mario: Color Splash. A new series of gameplay videos give us a hint at what to expect, and judging from those, it looks like a cool game, especially if you like the art style of the Paper Mario games.

Paper Mario: Color Splash will be released on North America and Europe on October 7th, and in Japan on October 13th.

And if you’re in the UK, buying the game on the Nintendo UK online store will get you some extra goodies, such as stickers and a key-ring.