The Nintendo Switch isn’t launching for another three months, but stores in Australia have already started putting up ads and placeholder boxes.

A Redditor spotted Switch ads in a game store in Australia, taking up shelf space that was previously reserved for the Wii U, as the image shows: 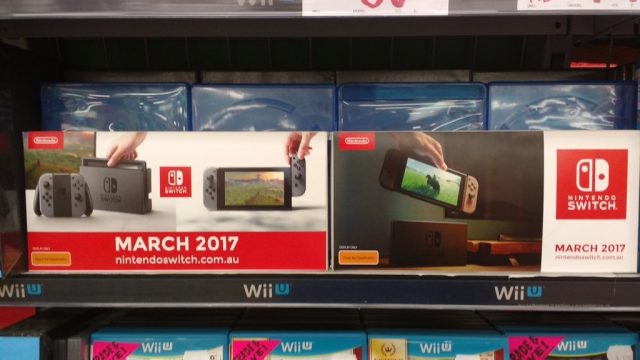 The Switch will be released in March 2017. Nintendo will be properly unveiling the console next month, but according to some reports, many of those details have been leaked.