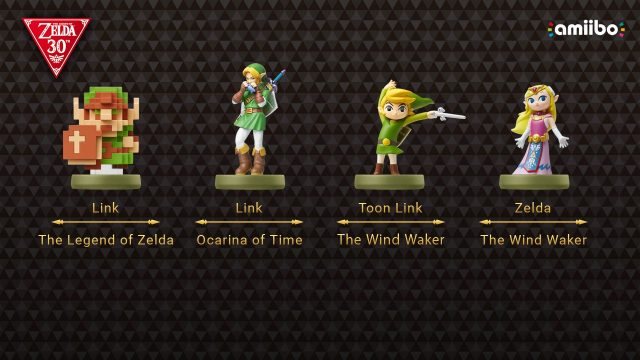 They include three different versions of Link, plus Zelda herself (the Wind Waker version). Here’s the complete lineup:

The new figures add to the already plenty of Zelda Amiibo, including another Toon Link version, the regular Link, Wolf Link, and the new set for Breath of the Wild.