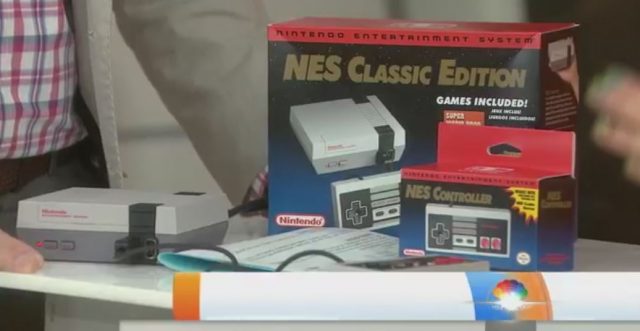 The Nintendo NES Classic, aka the NES mini, made its first TV appearance yesterday when it appeared on a gadget segment on the Today show. A cartoon-looking lady showed off the NES mini alongside some other gadgets on the show.

The NES mini launches next month for $60 and includes 30 NES games and comes with one NES controller. An additional controller can be purchased for $10.

You can check out the video below. If it doesn’t work, here’s a link to it on the Today Show page.