E3 Round-up: Here’s a look at everything Nintendo announced this year 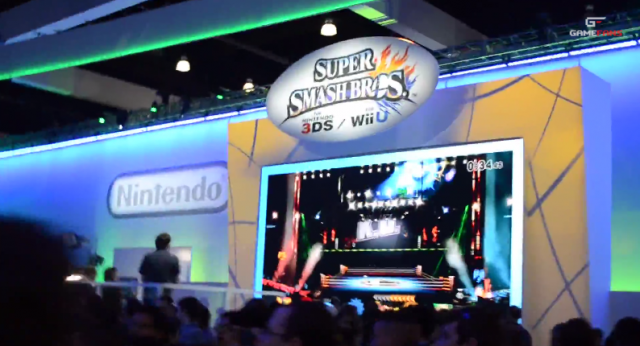 With E3 officially over and everyone back at home safely, we’ve finally had time to decompress and analyze what Nintendo announced last week. There were some great announcements and unexpected games revealed, as well as new fighters for Super Smash Bros. While the upcoming release of Super Smash Bros. was the heavy focus on the show floor, with most of the kiosks dedicated to the fighter, we saw plenty of innovation from Nintendo that I just didn’t see from Sony or Microsoft.

In fact, walking around Microsoft’s booth this year felt very empty compared to Nintendo’s booth, which was always full of people waiting to play Super Smash Bros. or Splatoon. The lines for those games never stopped, while the line to play Sunset Overdrive and Fable Legends was very short by the third day. I think it speaks a lot about the current climate of AAA games to say that people were still excited about Nintendo’s offering all throughout the show, while people seem to have played what they wanted from Sony and Microsoft’s booths and moved on. 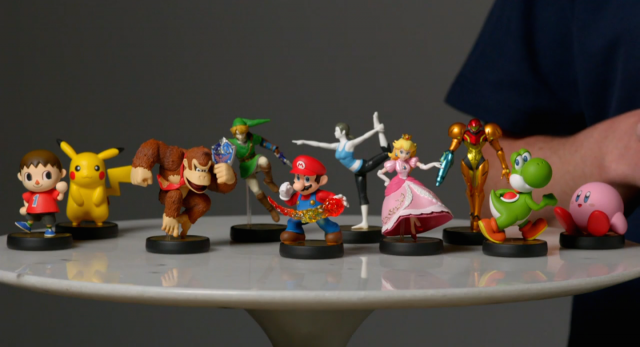 The biggest announcement out of E3 was that Nintendo will soon be offering NFC-enabled figurines to interface with five upcoming games. While the cost for these figurines was revealed to be about the same as the price of Skylanders and Disney Infinity figurines, the fact that they’ll be able to be utilized across multiple games means you’ll get more value for your purchases. Typically new Skylanders can’t be used in old games, so the fact that Amiibo is set up to be backwards compatible marks a huge plus for Nintendo.

Of course the first series of figurines will be based on Super Smash Bros., which is releasing this fall. However, those figurines will also be compatible with Mario Kart 8, which is available now, as well as Yoshi’s Wooly World, Captain Toad Treasure Tracker, and Mario Party 10. While we don’t have release dates for those titles just yet, it’s nice to see that Nintendo has a plan in place to make sure you don’t feel like you wasted your money if you plan on buying these figurines. 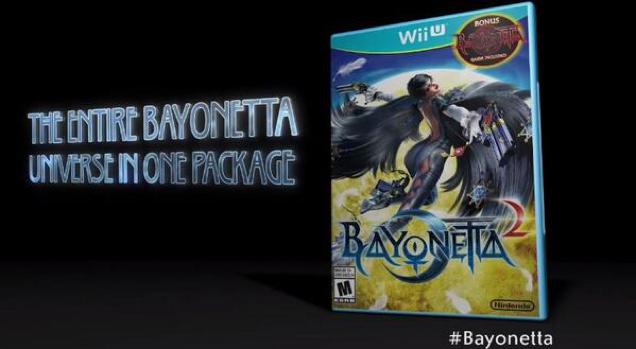 Bayonetta 2 has been teased since before the Wii U launched, so it’s nice to finally see the game has a release date. We didn’t spend any time with the game on the show floor because it’s been teased for so long now, but during the Digital Event it was announced that Bayonetta 1 will be included in the Bayonetta 2 release, so those who haven’t had a chance to experience Bayonetta when it was released solely on Xbox 360 and PlayStation 3. This is another great example of Nintendo providing value to its customers and listening to what they want, as the most asked for thing any time we cover Bayonetta was whether or not Platinum Games would be able to release Bayonetta 1 on the Wii U. Now, you’re getting it free with your Bayonetta 2 purchase.

During the course of the Nintendo Treehouse Digital Event, Nintendo announced several new fighters for the Super Smash Bros. game, several of which are new-comers to the series. The battle scene between Satoru Iwata and Reggie Fils-Aime will be the source of many .gifs for years to come, but the fact that the Mii Fighter is finally added to the game in three different play styles answers something fans have been asking for ages.

Of course, Palutena’s short introduced her as a character to the series, with the hint that we could eventually see Dark Pit as a character option. Perhaps the biggest surprise was that Namco Bandai’s Pac-Man will be making an appearance in the game, as well as Mr. Game & Watch returning. Even if these new character announcements aren’t your cup of tea and you’re still angry we haven’t heard anything about Captain Falcon, it’s nice to see the Super Smash Bros. roster continue to fill out as we edge closer and closer to release.

Nintendo gets into shooters with Splatoon

The current game of the show for me was Splatoon, Nintendo’s take on a multiplayer third-person shooter. The premise of playing on a team where you can switch between squids and people in order to destroy your enemy is already a great one, but the gameplay seemed very fluid as well. One of the downsides of first starting a shooter is that you’ll typically be cannon fodder your first few rounds as you learn the controls. Splatoon helps combat that because even if you’re not great at shooting and getting kills, you can still paint over the enemy’s ink and help your team control the map.

The E3 demo only showcased one map and the ten minute demo came with a small warm up period, but there are tons of ways to play already. Most people we watched loved to set up ambushes by covering a huge area and then sinking down into the ink as a squid, only to pop up behind an enemy when they ran into them.

What started out as Yarn Yoshi in 2013 has evolved into Yoshi’s Wooly World, which was playable on the show floor. I got to do a quick hands on demo with the game which does feature co-op and for fans of the Yoshi’s Island games, you’ll be right at home. The concept of snatching balls of yarn and eating them to put them behind you for use as ammo later is the same concept of Yoshi’s eggs in earlier games.

The graphics are bright and while reminiscent of Kirby’s Epic Yarn, there’s a lot more depth to Yoshi’s Wooly World than meets the eye. The paths through the levels are straight forward, but there are plenty of hidden secrets for you to find and overall, you’ll find that getting all the stickers in a level is a tougher challenge than one would think. 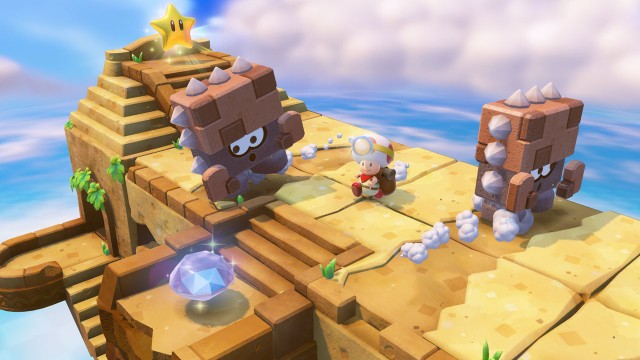 This was a surprise announcement from Nintendo and spawned from the Captain Toad levels of Super Mario 3D World, which were well received when that game debuted last year. Overall it looks like a fun title, but Nintendo will have to do some work to make it feel worth a $60 purchase if that’s the direction they plan on going with it. It wasn’t announced whether this is a full title or one that will end up being eShop only, but fans of puzzle games will enjoy it.

While the game was announced as supporting the Amiibo project, there were no hints about how the figurines could be used within the game, unless you’ll be able to select a character to play instead of Captain Toad by having the figurines. Either way, we’re eager to see what Nintendo has in store for this one.

Checking out Hyrule Warriors was rather hard to do, since the lines at the booth were nearly always full. There seem to be a lot of Dynasty Warriors fans who are looking forward to this cross-over. I didn’t get a chance to do hands on play with this one, but I did watch the entire level being played. Overall it looks like a Dynasty Warriors game with characters and monsters from the world of Hyrule, which should be expected.

The models are well done and though the demo was only played on easy, some lesser experienced people were having trouble with figuring out what to do. Considering the Dynasty Warriors series is one part combos and one part puzzles in figuring out what the next course of action is, that should be good news for fans of either franchise.

The Legend of Zelda Wii U

The Legend of Zelda Wii U is perhaps the most anticipated title that was shown at E3 this year and rightly so, fans have been waiting for an HD Legend of Zelda release for years now. Whisperings of an open world with non-linear dungeons similar to what A Link Between Worlds offered on the 3DS left many people doubting Eiji Aonuma’s vision for the series, but the small cutscene we saw leaves little doubt in my mind that the Zelda Wii U game will be one of the best experiences of 2015/2016.

Miyamoto made an appearance playing what looked to be an early prototype version of a Starfox game on the Nintendo Treehouse event. We’re excited to see this but because it was hinted at digitally, viewers of the livestream got more information about it than people on the showfloor. Either way, the fact that a new Starfox game for Wii U is coming is enough to tide many people over.

Was there anything not announced that you wanted to see?