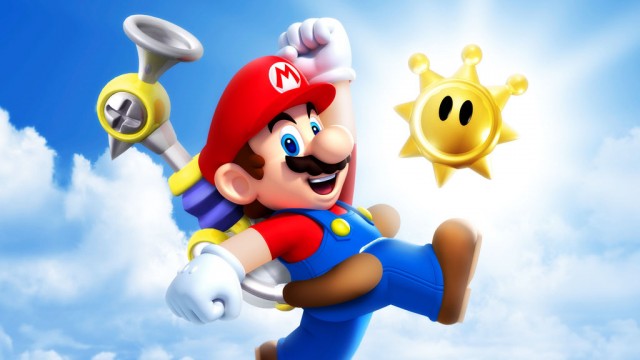 Next month Edge Magazine is running a big feature on Shigeru Miyamoto, though several quotes from this interview have already leaked online. Yesterday we saw a quote from Miyamoto discussing the attitudes of casual gamers in the market, and how Miyamoto says he’s thankful for smartphones that attract the attention of these gamers, so Nintendo can focus on those who want to challenge themselves.

Despite that, it seems Mario is always the go-to character for Nintendo, as a section of that interview has revealed that in the initial concept for Splatoon didn’t feature the squid characters we saw unveiled at E3. Instead, the developers argued over whether there were any advantages to portraying Mario in this setting. As some fans have mentioned upon seeing the initial reveal, the backpacks on the characters are very similar to the one Mario wields in Super Mario Sunshine.

â€œThere were heated debates over who the main player character should be. Whether it should be Mario, or a squid. When we talked about the possibility of it being Mario, of course we could think of the advantages: anybody would be willing to touch it as soon as we announced that we had the new Mario game. But at the same time, we had some worries. If it were Mario, we wouldnâ€™t be able to create any new IP.â€

It’s nice to see the team acknowledge that creating new IPs with characters outside of established franchises is something that Nintendo should still work on. Splatoon will be released sometime in 2015.