A new interview goes in-depth on Nintendo game designer Shigeru Miyamoto and his process when designing games, and especially on Miyamoto’s game design philosophy — for example, he believes in simplicity, and he doesn’t like to follow trends (which can also backfire).

The video also shares some little known facts about Miyamoto and Nintendo. For example, his first game, Donkey Kong, was inspired by Popeye. But since Nintendo couldn’t get the rights to Popeye, Miyamoto replaced the characters with a gorilla, a carpenter (who would later become a plumber), and his girlfriend.

There are also some insights into how he got things wrong. For example, Miyamoto was asked back in the late 90s why he didn’t focus on online multiplayer. Miyamoto said that it was a “trend” and that he doesn’t want to chase trends. Of course, he was dead wrong about that one — the “online trend” turned out to have the biggest impact on videogames in decades.

Check out the fascinating video above. 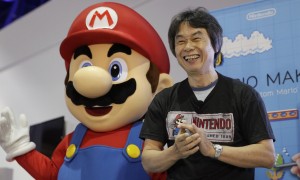