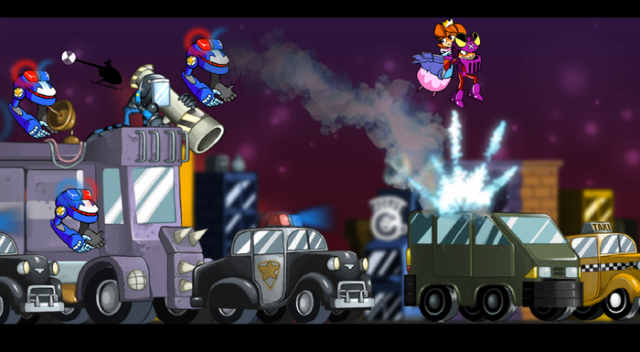 Whew, that was close. Not all of you were sold on Nefarious, a game where you are put into the shoes of an evil boss instead of playing the usual role of protagonist, but even if you didn’t pledge funds for it you’ll be happy to know that the game will soon become a reality. The Nefarious Kickstarter project was within 10 minutes of closing and hadn’t reached its goal yet, but a surge of last minute donations allowed them to cross the finish line and reach their goal!

So what does this mean? The game is destined to come to Wii U as an eShop title alongside launches on Windows, Linux and Mac. Those who have pledged obviously have their names in the hat for a copy whenever it drops, and those who didn’t? Well, should the game launch to rave reviews you’ll be able to drop some coin for it in the eShop.

So what now? Well, they are going to be zooming on development, and with the game not slated to ship until July 2015 there’s a while yet before we see anything substantial. The developers did confirm that they’d be looking to continue working toward stretch goals throughout the course of development, so a Paypal for donations and pledges will be set up shortly (we’ll update this post once that does happen).

For those that pledged — congrats! And to those who didn’t (whether it’s because you genuinely weren’t interested or because Kickstarter can be hit or miss) will you be looking to give it a try once it finally arrives? We want to hear from you so let us know!