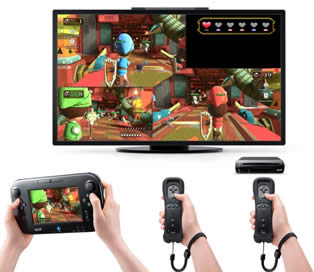 There’s no denying that Nintendo legend Shigeru Miyamoto gets the final say on a lot of what Nintendo does. He certainly gets to voice his opinion and affect the design of everything from games, to consoles, to accessories, and online services. In a new interview with IGN, Miyamoto touches on many aspects of the Wii U, including the Miiverse, user generated content, Wii U achievements, and more.

Miyamoto says that the idea for Miiverse initially came from Wii Fit, where players see their own Mii, and the Miis of their family. The idea of the Wii U is to take that to the next level, and create a Mii Universe — hence Miiverse — where players can interact with their friends and fellow players. Miyamoto also said that Nintendo is aiming to make Miiverse more social, closer and intimate than the usual social networks of today. This might explain why Nintendo will be heavily policing Miiverse when it launches.

Regarding Wii U achievements, Shiggy said that they’re looking to make achievements and awards very easy to see and use. He mentioned one feature in particular that Nintendo is implementing into New Super Mario Bros U. Here, if you die at a certain spot several times in a row, the player will automatically see comments from other players who have beaten that spot, for hints and tips on how to complete the level.

Surprisingly, Miyamoto ended by saying that Nintendo’s aim is to make the Wii U GamePad controller the “most looked at screen” in the house, even more than the TV itself.

For the full interview, head on to IGN.