Miyamoto on Zelda Wii U 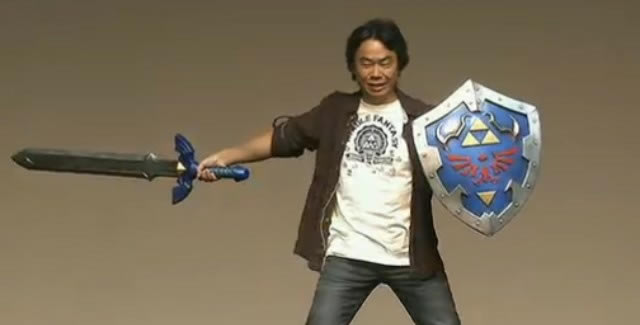 Zelda Wii U was clearly missed at this year’s E3 show, especially since it was showcased last year. You’d think a full year would be enough time for Nintendo to develop something to show us, but according toa new interview, that’s not what Nintendo is worried about. Nintendo’s Shigeru Miyamoto — one of the creators of Zelda — said that last year the Wii U Zelda demo was just one battle scene to showcase the HD graphics capabilities of the Wii U. Speaking to Entertainment Weekly, Miyamoto said regarding the Zelda game for Wii U:

“What we ask ourselves as we have over the years is, ‘What is the most important element of Zelda if we were to try to make a Zelda game that a lot of people can play?’ So we have a number of different experiments going on, and when we decide we have found the right one of those to help bring Zelda to a very big audience, then weâ€™ll be happy to announce it.”

Clearly, Nintendo is working on a Wii U Zelda game, and as Miyamoto points out, several different experiments are going on. This also means that we probably won’t see the game anytime soon. Nintendo is known for taking the Zelda franchises into new directions, the most obvious example would be Wind Waker for the GameCube.

Miyamoto also touched on Pikmin 3, saying that a small team has been working on it for 5 years, and that the Wii U version started full production about two years ago. Finally, the Nintendo legend says that he spends his free time practicing his guitar, and even recording the music on his 3DS.