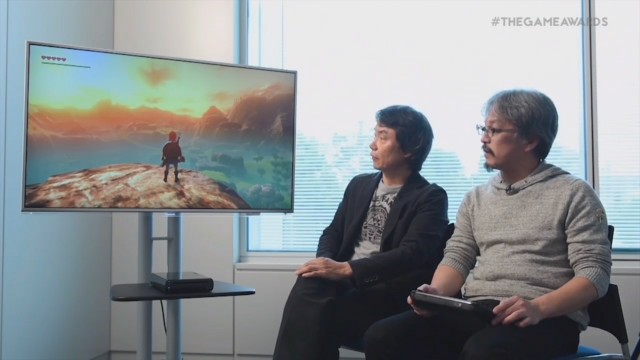 Nintendo has done a lot to hype up a brand new open-world Zelda game coming to the Wii U. It feels like we’ve been waiting forever for it, as it was rumored all the way back in 2013. For many, no news about the latest Zelda title at E3 means yet another year waiting for a release from one of Nintendo’s biggest franchises. Miyamoto doesn’t want you to give up though, because he says E3 should be about things in the immediate future and Zelda Wii U is still a ways away.

Weâ€™re here to talk about Star Fox but Zelda is still coming to Wii U,â€ Miyamoto said through an interpreter, â€œso donâ€™t worry about that.â€

Miyamoto continued, â€œMy thing with E3 is that we always focus on whatâ€™s coming out in the immediate future. We have some really great Zelda footage and, at some point we will be showing that off, but not today.

Of course Nintendo announced several new games for Nintendo 3DS and while the Wii U didn’t have a strong showing of things we didn’t already know about, we did get a release date for Xenoblade Chronicles X and several other titles that have been in development for a while, including Super Mario Maker.

If you’re curious about Nintendo’s roadmap for future releases, be sure to check out this giant infographic they released earlier today.