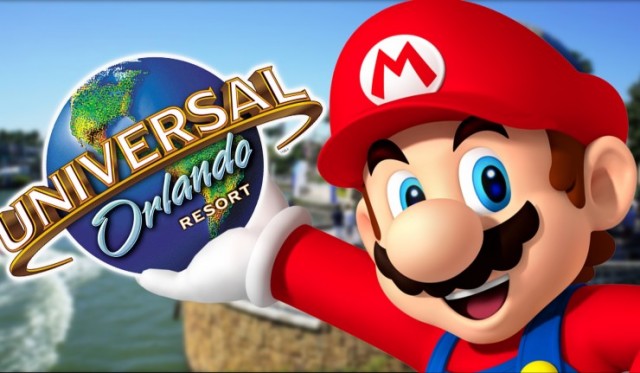 Earlier this year, Nintendo announced that it would be forming a partnership with Universal Studios in order to have several attractions themed with Nintendo characters. It’s a business idea that has been on the table for Nintendo since 2010 that’s just now coming to fruition because Iwata has been able to convince investors that branching out beyond video games is a good move for the company.

The person who’s opinion we haven’t heard on the matter until now is Shigeru Miyamoto, the designer of most of Nintendo’s iconic characters. As with everything, Mr. Miyamoto is enthused to see his characters branching out into the real world, where they can be experienced in the same way that millions of people seek out Disneyland in order to interact with Disney’s bevy of characters.

Weâ€™ve come to the point where the kids who grew up playing Nintendo games are now parents who have their own kids. I think for them it will be a tremendous experience.

We have all the knowledge of who the Mario character is, what the Mario world is and how itâ€™s represented,â€ said Miyamoto. â€œWe have been in constant communication with (Universal) communicating our vision to them, and theyâ€™re turning it into something that could exist within that park. Itâ€™s really about that partnership.

Obviously Nintendo will continue to exercise strict control over how it’s intellectual property is used, but Universal currently has four themeparks located around the world, with two in the United States, one in Japan, and one in Singapore. The addition of Nintendo attractions could usher in a new golden age for theme park goers who want to the Nintendo experience.

Thatâ€™s the challenge put forth to Universal Studios. How do you take something digital and bring it into the real world in a way that people can experience it in real life? Thatâ€™s where weâ€™re working together.

Somehow, we think Universal will manage just fine, so long as Nintendo keeps them on the right track. Are you excited to see what attractions arise out of this partnership?