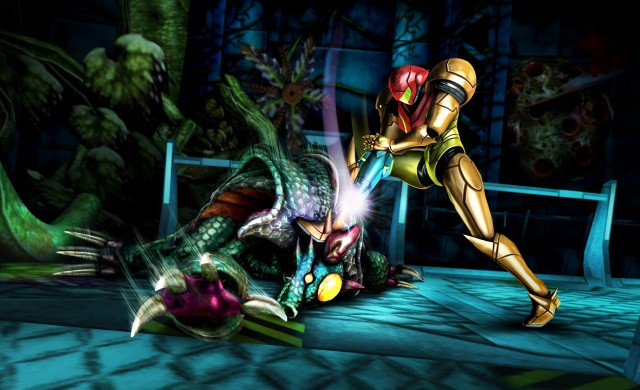 Famed game designer Shigeru Miyamoto has stated that Retro Studios has “very high priority” when it comes to which studio will work on the next Metroid game. Retro Studios is currently developing Donkey Kong Country: Tropical Freeze, but in the future we could see Retro working on Metroid again.

“Retro is a very capable studio and can design a lot of different types of game and I know that because I produced Metroid Prime,â€ Miyamoto said. â€œBut when it did Donkey Kong Country Returns on Wii, apparently it had a lot of fun making that title and from what Iâ€™ve heard it put in a request and said that it wanted to do a new Donkey Kong Country game on Wii U themselves.”

It’s interesting news that Retro themselves requested to work on another Donkey Kong title for Wii U, as many fans were hoping that Retro’s unannounced game for the E3 conference would be another Metroid game. While that isn’t the case right now, it’s nice to see that Miyamoto isn’t ruling them out for future development.

â€œI definitely think itâ€™s a franchise that we value and we certainly want to see what we can do with it in the future. And, obviously, Retro is a very high priority in terms of the potential team that would be considered for working on a Metroid game.â€

With that, it looks like we could see a Retro-developed Metroid title in the future, should Miyamoto decide that one should be made. Hopefully this development will appease fans who wanted Retro working on the new Metroid title this year. What do you think?