Miyamoto on modern games being too much alike 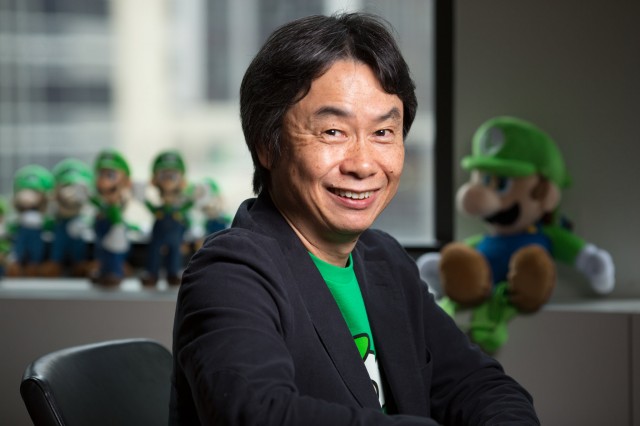 One of the rightful criticisms many people have about games these days is that they seem too much alike. Many first person shooters are iterative rather than innovative, meaning if you’ve played one you can probably grasp how to play them all. Shigeru Miyamoto feels the same way, since at E3 this year he stated:

“This year, the majority of what the other developers exhibited was bloody shooter software that was mainly set in violent surroundings or, in a different sense, realistic and cool worlds,â€ Miyamoto said at the time. â€œBecause so many software developers are competing in that category, it seemed like most of the titles at the show were of that kind.”

Miyamoto’s right. Nearly everything feels as though it follows the same formula with only minor changes in the setting and perhaps how the game handles inventory. In the EDGE Magazine interview with Miyamoto, he clarifies his statement about games that feel as though they’re derivative from one another:

Oh, Iâ€™ve made quite the grand statement, havenâ€™t I? My comment was based upon the fact that I have not been fully satisfied with the inspirations that I have or that other people in the industry have in general. I feel that industry tends, rather than the creatorâ€™s individuality and uniqueness, tend to be prioritized. When the people who manage the development budget take the lead in making a game, creators tend to make games that are already popular in the marketplace. Even when there is opportunity for young developers to make something freely, they tend to make similar proposals. I canâ€™t help but feel that the industry has a long way to go. I hope Nintendo will always be a company that aggressively invests in something new â€“ something born from each creatorâ€™s individual characteristics.

Obviously what Miyamoto is saying here is that the games industry as a whole is unwilling to take a chance on innovation because it doesn’t follow the same successful formula that has been found in titles that carve the way for their niche. This is most often seen in first person shooters, where games like Battlefield and Medal of Honor have lost their way in order to cater more closely to those who prefer the formula of Call of Duty, which is the most successful game in that particular genre.

Miyamoto’s observations can be seen in just about any major publishing corporation, including Activision, Electronic Arts, and Ubisoft. It’s very rare that games are created to break outside of a previously established mold and when they are, it’s usually an indie effort. Like Miyamoto, I hope Nintendo does continue defining new ways to experience gaming that don’t always follow the beaten path.