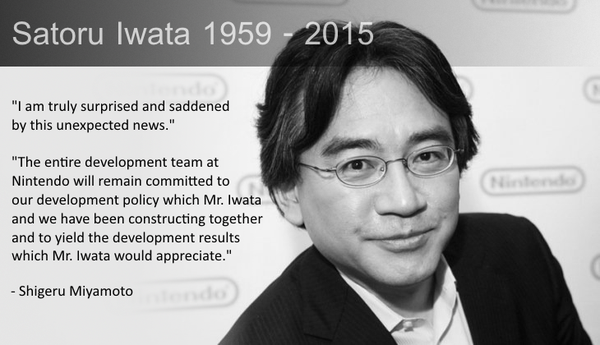 Late yesterday evening, we reported that Nintendo’s CEO and president Satoru Iwata, had passed away. It was a shock to the internet and the gaming community at large and we’re sure Nintendo is left reeling while dealing with his absence. Mr. Iwata was not only the face of the company since taking over from Hiroshi Yamauchi, but he was also a brilliant programmer responsible for several innovations in Nintendo titles over the years, including Balloon Fight, Kirby, and the Pokemon series. Pokemon Gold and Silver fans have Iwata’s brilliance to thank for the entire Kanto region being included.

While Nintendo hasn’t announced anything related to who will replace Iwata-san, Shigeru Miyamoto has released a small statement about the immediate future and Iwata-san’s passing.

I am truly surprised and saddened by this unexpected news.

Right now, the board is led by Shigeru Miyamoto and Genyo Takeda.