Miyamoto hints at a new Mario in “a year or two” 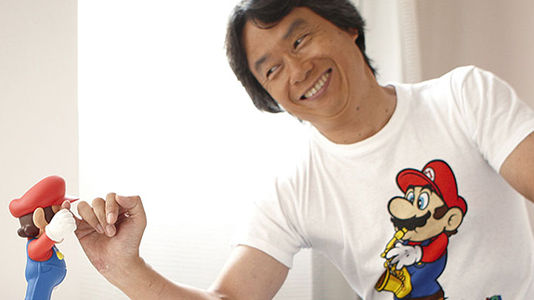 Nintendo legend Shigeru Miyamoto was at E3 with all the other Nintendo hot shots, and while everyone talked about the awesome new Zelda game, Miyamoto had a few things to say about one of Nintendo’s other franchises: Mario.

Speaking to IGN, Miyamoto said that they are interested in taking Mario in a new direction and showing players something new.

“We’re always challenging ourselves to create something new, so hopefully you’ll see a new kind of Mario in about a year or two”, he said, adding that “Maybe next E3 we’ll be able to share something.”

However, it’s more difficult with Mario games because they have to be approachable to a wide range of gamers, as Miyamoto puts it.

“It’s kind of difficult with Mario because some of the more important conventions of Mario are based on the approachability and accessibility of those games.”

Hopefully we’ll see something at next year’s E3. But it also pretty much confirms that there will be no Mario launch title for the NX.