Miyamoto discusses the possibility of co-op in Star Fox Zero 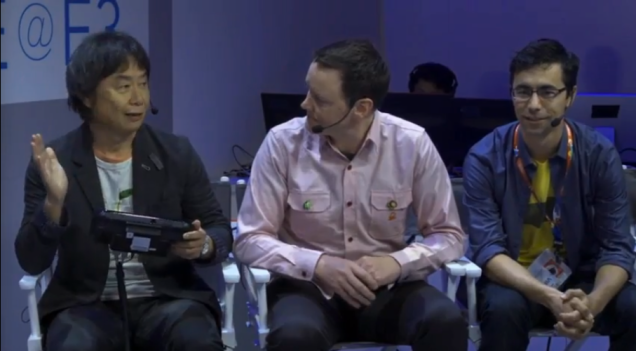 With the debut of Star Fox Zero, legendary designer Miyamoto has been discussing his inspirations and direction for the game with several different outlets. One of the common themes that seems to be asked is with the focus on multi-player in other recently announced games like The Legend of Zelda: Tri Force Heroes and Metroid Prime: Federation Force, will Star Fox Zero have any multi-player component, especially since the game utilizes both screens in order to be effective. Miyamoto says they are considering a co-op control scheme for the game.

Itâ€™s difficult to have two people playing when you need two screens to play for one person, so itâ€™s definitely something that weâ€™re thinking about. We basically created this game as one you need the GamePad to play, but there is a secret. There is another option. As one kind of variation, we were thinking about a co-op control scheme.

We’ve seen this kind of gameplay before, in Super Mario Galaxy, where one player controls Mario and the other uses a Wii remote to control the wand that can help the player collect Lumas. It wouldn’t be too foreign and the game’s do-director Yugo Hayashi chimed in on what it would be like in Star Fox Zero.

Basically one person would control flying the Arwing and the other person would be aiming and shooting. This is something maybe parents and children could be doing together.

This is something that Nintendo has explored before, so what do you think of adding a multi-player component to the recently announced Star Fox Zero?