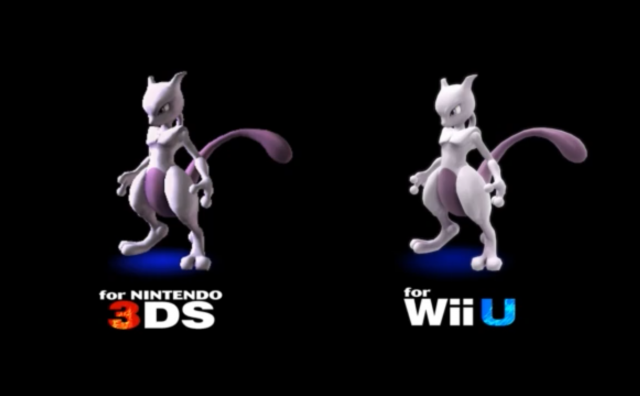 There was a new Nintendo Direct today, and a ton of new info got revealed about the upcoming Super Smash Bros. for Wii U. But the most exciting thing was a newly revealed playable character. No, not Bowser Jr: Mewtwo!

Are you guys excited about this? I know I am, Mewtwo has always been one of my favorite Pokemon! Do you think you’ll be using him in Smash Tours, or the 8-Player Smash?