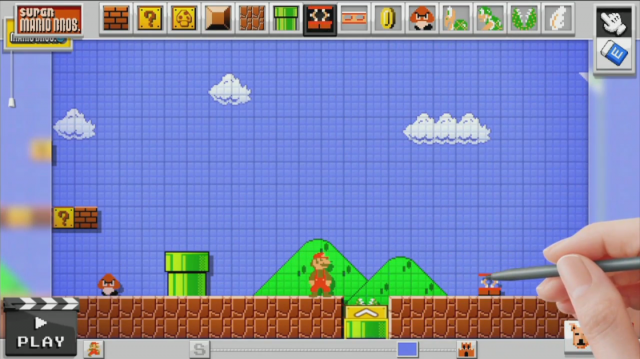 A few days ago, a 4Chan user posted an image from E3, showing something called “Mario Maker.” The validity of the rumor remained in question until this morning when Nintendo officially revealed the game.

As the name implies, Mario Maker will allow you to create your own custom Super Mario levels. The trailer Nintendo used gave us a look at some recreations of more current levels using the retro art style seen in the early Mario titles.

Mario Maker will be coming to the Wii U in 2015. What’s your first creation going to be? Sound off in the comments section.