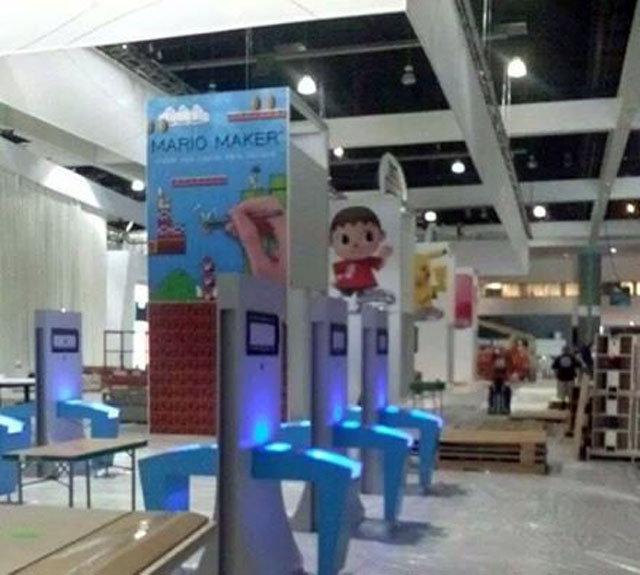 A photo surfaced yesterday of the supposed Nintendo booth currently being set up at the Los Angeles Convention Center for E3 this year. You can see several kiosks set to hold consoles that will play demos, but one of the kiosks has an ad for something called Mario Maker. It uses the graphics from the original Super Mario Bros. game on NES and if the name is any hint, it appears to be a level editor featuring those sprites.

This follows right along in the footsteps of the NES Remix series, which might be something Nintendo is planning on expanding. Of course a picture doesn’t really give you any idea what might be behind the name, but if we were to guess we’re expecting Nintendo to release a community creation tool to allow fans to create their own Mario levels and upload them via Miiverse or some other means for other players to have fun with. That would be pretty neat, eh?