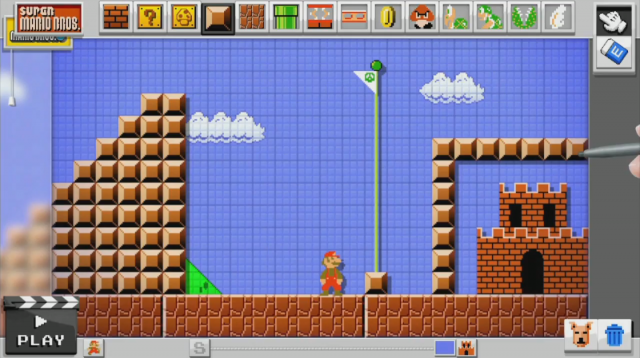 Mario Maker was introduced this past week at E3 as a game that would allow you to make the Mario platformer you’ve always wanted. While Nintendo is predictably going to sandbox you into a set of options defined by them, it sounds like they don’t want to stop at including Mario-themed assets for you to plop around.

Series producer Takashi Tezuka revealed that they want to look at not only bringing more styles than what was shown at E3, but also more styles from outside of the Mario universe. He was adamant in mentioning they didn’t want to overwhelm the user with too much choice (we beg to argue that there’s no such thing as too much choice), but it sounds like there’ll be no shortage of interesting elements, styles and objects for you to toy around with.

Tezuka also reiterated that Mario Maker is meant to be a 2D side-scrolling platformer only — in short, don’t expect the level of freedom that the likes of Microsoft’s Project Spark or Sony’s LittleBigPlanet gives you. Regardless, this should be a very fun and creative game for Mario fans and we’re sure Nintendo will deliver.