Mario Kart 8 Deluxe: The game I love to hate

We all have that one game we’re continually drawn to like a mouse to cheese. For me, that game is Mario Kart 8 Deluxe. It’s been a few weeks since the game came out, and while most of your may still be playing it from sun up till sun down, I got tired of the Switch’s latest AAA exclusive after less than a week.

Mario Kart 8 Deluxe isn’t bad, per se. In fact, it’s a very well-built game. The frame rate stays firmly planted at a rock-solid 60 fps, even during the more item-heavy moments in the game. Courses are marvelous, from remakes of classics like Rainbow Road, to newer stages like Toad Harbor. There’s something for everyone.Â

Last month, I was visiting a friend who, like me, hadn’t touched a Mario Kart game in years. So, to get them properly acclimated to the newer mechanics in MK8D, I turned on the auto-accelerate and Smart Steering accessibility options. Within a few minutes, they had a better grasp on what was going on, turned off the accessibility settings, and was driving around the courses like a natural. However, it’s with this ease of accessibility that Mario Kart 8 Deluxe lost me. 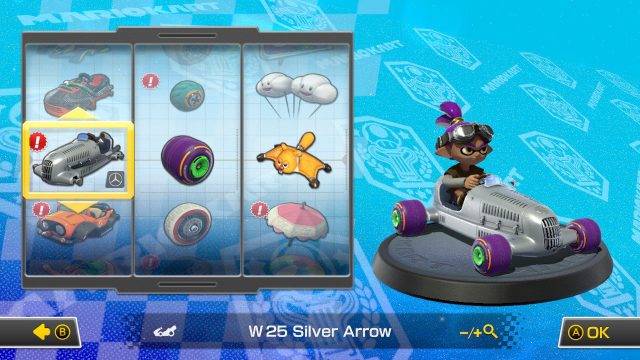 From the moment I heard that every character would be unlocked from the get-go, I became skeptical of just how much enjoyment I would get out of this Nintendo classic. You see, where I live, there really isn’t anyone to play video games with. So, games that are heavily reliant on local multiplayer don’t really do much for me. Because of that, I rely on either long campaigns, a wealth of goodies for me to unlock, or a good multiplayer to keep me coming back for more. In the case of Mario Kart 8 Deluxe, none of these are there.

Though everyone is unlocked from the start, Mario Kart 8 Deluxe still leaves only a handful of karts, bikes, tires, and gliders for you to play with from the start. The rest need to be unlocked by collecting coins during races or other game modes. I admit that for some, this is more than fine. However, with me, there really isn’t anything meaningful behind unlocking these items. Sure, certain vehicles drive differently than others, but by and large, it’s all too similar to keep me interested. 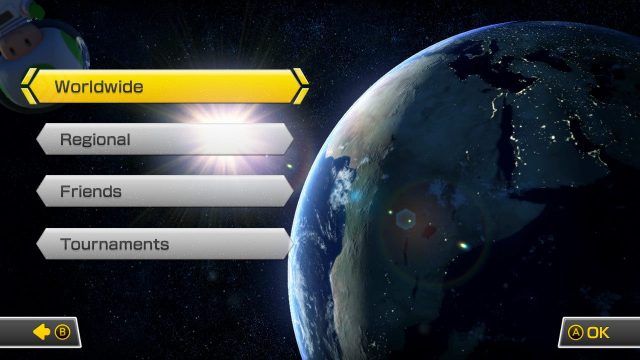 And then there’s the multiplayer. I could write an entire article on everything I don’t like about the Switch’s multiplayer at this time, but I’ll just name one: no invites. Mario Kart is ostensibly a social game. As I’ve already gone over, this game just doesn’t have enough content to thrive as a single-player title. So, online multiplayer, in cases where there might not be anyone nearby, is a no-brainer. Yet, MK8D’s online multiplayer is severely crippled by the lack of an invite system.

If I’m playing Uncharted 4 Multiplayer and I want to play with my friends, I simply go to my friends list and shoot them an invite. In a few seconds, we’re happily partied up and playing together. With MK8D, that’s simply not possible. Instead, you have to wait at the game’s in-game friends list (populated by any of your friends who are playing multiplayer), and TRUST that you’ll press “Join” when they’re not in a match. There’s no way to send them an invite or coordinate with them on the console. Even then, inviting players or talking to them is a feature that’s locked behind the Switch’s upcoming, paid online service AND an app. So, if you have the service, but no smart device next to you (maybe it’s charging), you’re out of luck. Even then, we don’t know if these feature will be present when the app launches later this summer.

A game of chance 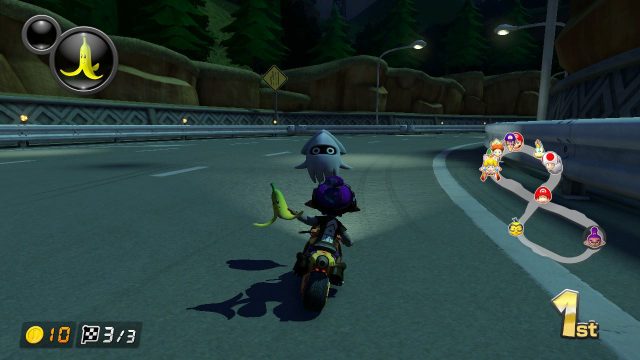 And the final thing keeping me away is the skill level. Building a game around being accessible is completely fine. The more people who can play your game, the better. Yet, it’s important to make sure you’re not making it so accessible that it feels cheap. For me, Mario Kart 8 crosses that line. Getting hit by an onslaught of items may be funny during a party or get-together, but when you’re alone and trying to set goals for yourself, getting knocked from 1st place all the way to 4th or below only inches before the finish line is maddening. There’s nothing fun about that at all.

Other games like Wipeout or Sonic Racing Transformed (my personal favorite kart racer) offer a fair bit of accessibility without making anyone who likes sinking time into games to get better feel like they got the short end of the stick. Oftentimes, I’ll come back to Mario Kart 8, boot up the 150 CC, get bombarded by items, then wonder why I’m still playing. I guess some part of me hopes that eventually, something about the single-player will just click.

Now, if you’ll excuse me, I’m off to play another game of Mario Kart 8.