We’ve seen retailers confusing video game platforms before, and the Switch is no exception. One retailer believes that Mario Kart 8 Deluxe is coming to the Xbox One, and urges you to pre-order it.

What’s interesting in this case is that this isn’t the first time this retailer has confused Switch with the Xbox One. They also did it right before the Switch launched.

Or maybe one of the employees loves to troll gamers.

Funny thing is, Mario Kart 8 Deluxe would probably sell 5 million units on the Xbox One. 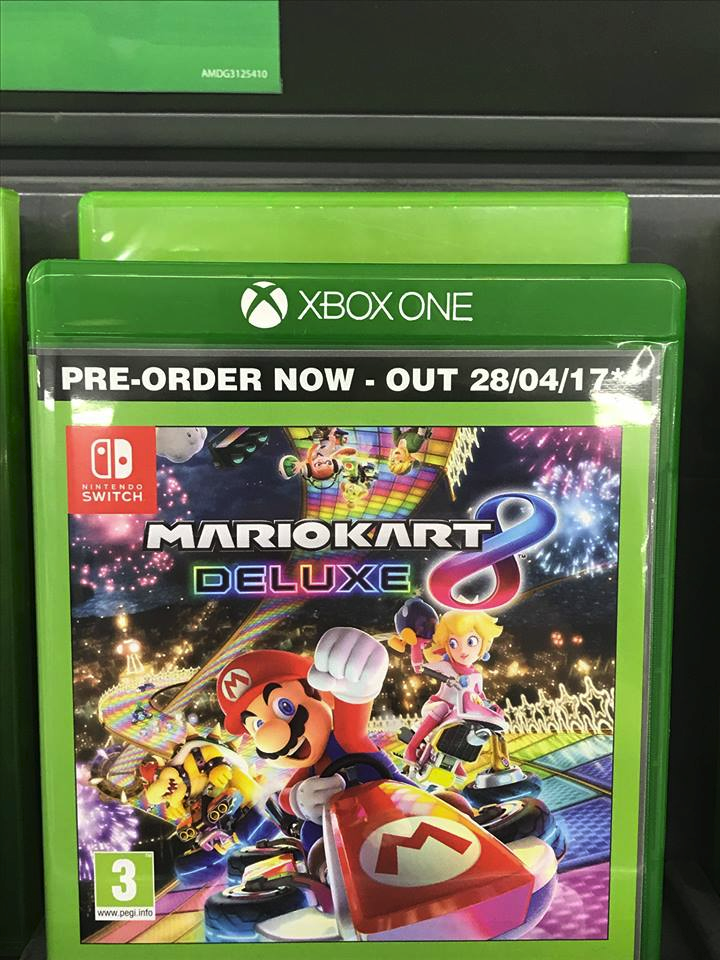