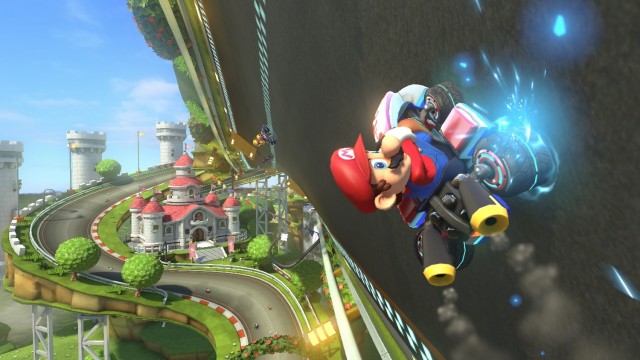 â€œIn â€™7â€² we had the glider, and submersion in water, and so when we were also thinking about new ideas for â€™8,â€™ and we thought, â€˜well, since we did all that, why not put a drill on the karts, and have them go through the earth somehow, subterranean racing.â€™ But, we kind of thought thatâ€™s not such an interesting idea, and after that we hit upon the antigravity mechanic.â€

We got a better idea of how this mechanic works at the E3 showing and it’s pretty fun and definitely adds something new, though the idea of drills and actually drilling through the track would be an interesting one. Imagine the all new brand of weapons that could be used on a subterranean track. What do you think of the anti-gravity mechanic? Let us know in the comments!