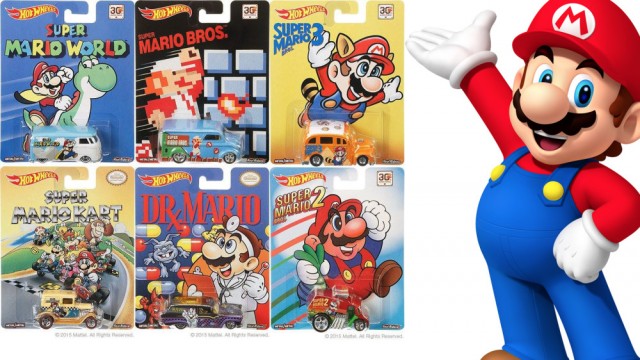 Nintendo has been branching out a lot in terms of their marketing partnerships, but this one is a little out there and something no one expected. Brazilian toy site T-Hunted has discovered that there’s a new set of Hot Wheels collector’s edition cars on the way, each themed after one of the main entries in Mario’s long history as a franchise.

To help celebrate 30 years of Mario history, these six cars each feature art from Mario games all the way back to the NES. Here’s the short list of the collection:

According to T-Hunted, these are slated to be in stores in October, but we’re unsure if that’s everywhere in the world, or just in Brazil. Either way, even the box art on these is neat. What do you think?