Man finds tumor in hand thanks to Switch HD Rumble

Here’s the odd Switch story of the week: a man believes that the HD Rumble feature in the Switch helped him discover a tumor in his hand.

Posting on Reddit, an Australian programmer named Chris explains how he noticed a pain in his hand when playing Mario Kart 8 Deluxe.

As soon as I played Mario Kart I started getting a shooting pain from my right palm to the first joint in my index finger when the controller vibrated, especially when collecting coins.

He initially dismissed the pain as a repetitive stress injury since he’s a programmer and is on the computer a lot. But then:

After a few weeks with the pain still there, and a small bruise-like mark showing on my palm. I definitely knew something was wrong, but the doctors told me to just keep an eye on it, especially when they found out that I use my hands a lot at work.

The MRI and ultrasound tests showed that it was a tumor that was growing in his hand, with a 5% chance of being cancerous.

I definitely believe that if it hadnâ€™t been for the Switch I wouldnâ€™t have gone to the doctors until the mark started to raise from my palm months later.

He even shared a picture of it: 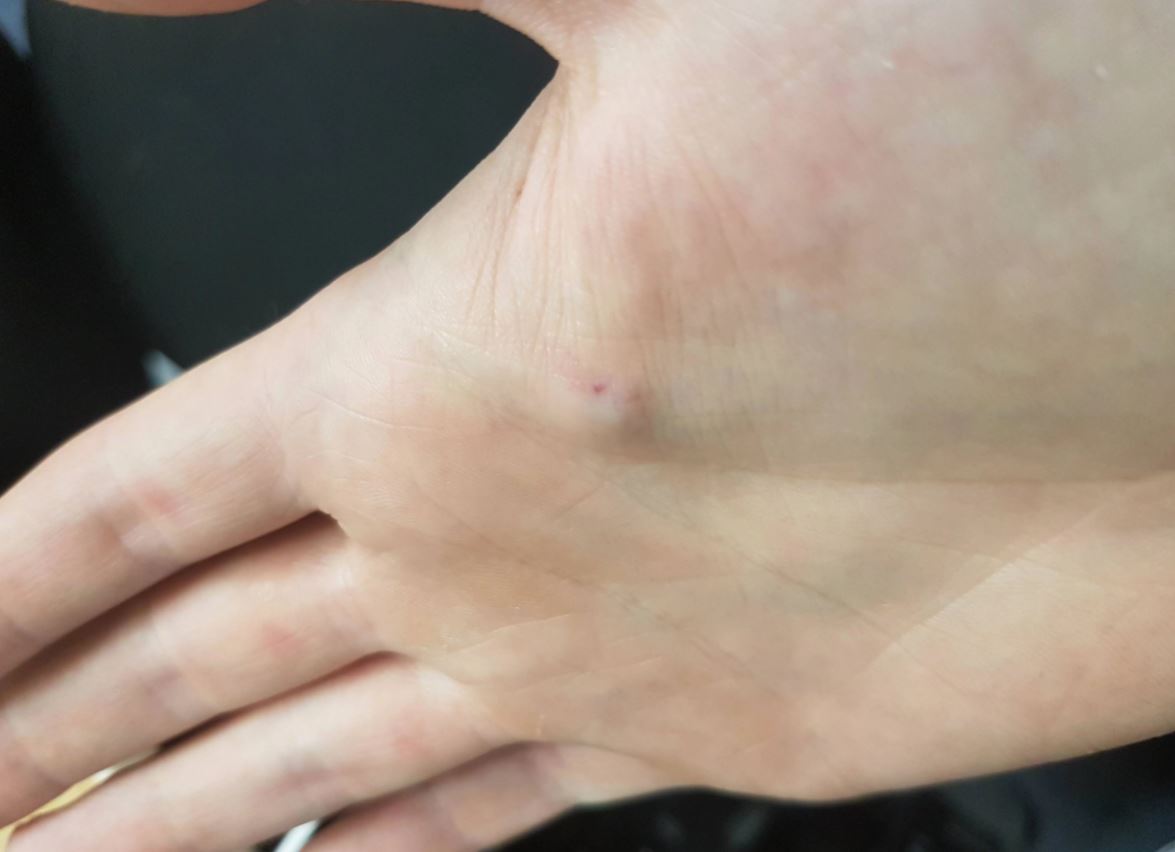