The Part Time Gamers Podcast recently asked Chris Pranger of the Nintendo Treehouse to join them on the show to talk about Nintendo. Pranger had some interesting things to say, especially about how localization works for fans, while giving an inside perspective on how localization often ends up costing Nintendo quite a bit of money. Pranger addresses first and foremost how most fans are single-minded in asking for localization of titles.

“The hardest thing for everyone to understand and to accept â€” and Iâ€™ve seen this first hand in the company, that this is typified â€” people think that obviously theyâ€™re right, and what they like or dislike has to be the norm. Why would it be otherwise? And they just say the classic â€œWhy do you hate money? Why do you hate money, Nintendo?â€

And itâ€™s like â€œWhat are you talking about? Weâ€™re trying to makeâ€¦obviously it has to make calculated risks, but at the same time, one of those risksâ€¦and I mean theyâ€™ll bring up games that are very Japanese games, like Captain Rainbow for instance. Theyâ€™ll bring that up like â€œLook how many people want this. Donâ€™t you want money?â€ And weâ€™ll be like â€œYeah, we do want money, which is why we know itâ€™s a colossal waste if we ever try to localize that in this current market, because look at you people. You donâ€™t make up a big enough group.â€

Pranger said that the hardest thing to get people to understand is that localization often costs a huge sum of money, especially if the game has a ton of dialogue that must be translated. He even goes so far as to mention that Xenoblade Chronicles is exactly the kind of game that ends up costing Nintendo and that we get those sorts of games in the States “by luck.”

So thatâ€™s like, we got it in the States by luck, that NoE decided â€œOh, weâ€™ll take the fall. Weâ€™ll localize that.â€ Okay, cause someone is going to have to eat the costs somewhere, because that game is guaranteed to not sell enough to justify how big that game is. You know, hundreds of hours, all voiced. Thatâ€™s a lot of money that goes into that.

Of course, no actual numbers for the cost of producing the game have been given and it hasn’t been released in Europe or North America yet so we don’t know how well it will do with the niche Wii U install base. Regardless, it’s nice to see someone who understands the situation speak about why we don’t always see Japanese games coming to the West more readily.

Do you currently have any games you want to have localized but haven’t made it over yet? The last title on my list was Yokai Watch and it’ll be released sometime this year as confirmed at E3. 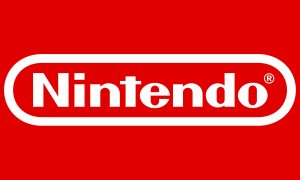 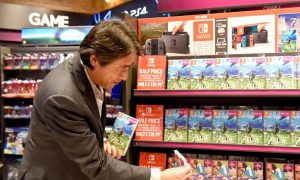