How Luigi got his moves back

The Super Mario Bros series makes pretty much zero sense in terms of story canon. Bowser can apparently use black magic in the original game to make ordinary goombas or bloopers into powerful ‘false bowsers’, so why can’t he use that power to turn them into huge unstoppable beasts instead? Why does Yoshi sometime produce eggs and sometimes come from eggs? And how oh how does every crazy thing that happened in one of Â Mario’s dreams (I’m talking about Super Mario Bros. 2) end up coming to reality in the Mushroom Kingdom?!

Of course we know the answer is that the games areÂ developedÂ with absolutely no attention payed to storyÂ continuityÂ at all. Any explanation there is for weird inconsistencies like this are either invented by over-analytic fans or inferred from vagueÂ statemented from Miyamoto-san and company.

The happenings of Super Mario Bros. 2 were completely insane â€” owing of course to the game’s origin as something completely different â€” but the fact that it was allowed to both be explained away as a dream and go on to influence the future of the series is a marvellous thing, since it introduced so many of the best and most charming aspects of Mario lore. Shy guys, Birdo, hidden keys, Mouser (just kidding), bob-ombs, holding and throwing things are all mainstays of the series that were first introduced here. And of course, it was the first game to make a truly meaningful distinction in the play styles of Mario and Luigi.

Luigi could jump higher than Mario in the Japanese Super Mario Bros. 2, which we call Lost Levels, and that’s probably why he was chosen as the high-jumping character for the US sequel. Though slower and looser to control than his plumper brother, Luigi’s floaty leap and hilarious leg-flailing animation granted him his own goofy character.

Unfortunately, for Super Mario Bros. 3 and Super Mario World, Luigi was relegated to the role ofÂ palette-swapped Mario clone. Mario games generally rely on the need to execute very preciseÂ maneuvers, and so the level designers need to know exactly what the player has at his or her disposal at all times. The fact is Super Mario 2 is pretty much the exception to the rule in that regard as far as the 2D console games are concerned.

Since the 2D era Luigi’s dorkyÂ sensibilitiesÂ have flourished and with them a little of his flutter-kick style has crept back in. In the DS game Super MArio 64 DS, which easily rivals Super Mario Bros 2 in the bonkers altered-reality stakes, Luigi’s lanky moves wereÂ exaggeratedÂ to some pretty awesome proportions. In the Super Mario Galaxy games he played differently too, jumping higher and having his triple-jump replaced some crazy running-on-air business. 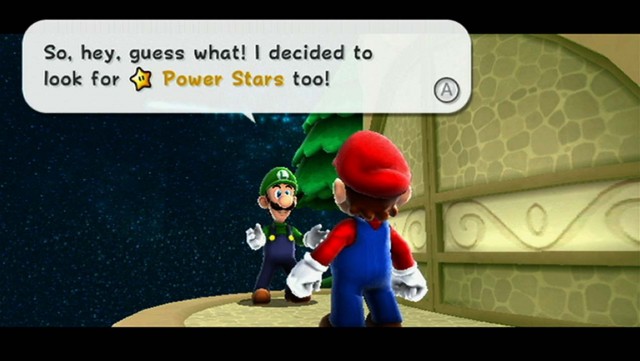 Enter the New Super Mario Bros series and it’s back to clone-town again, as all four players in the game need to have the exact same abilities to keep the game balanced. Until now.

With this year’s Super Luigi U DLC, the other three players are being completely scrapped and Luigi’s hitting the flutter jump for the first time in an original 2D console game since 1988. As the recent Nintendo Direct confimrs, the slipping, sliding, high-jumping Luigi is the one showing his face this time around, and with theÂ unpredictabilityÂ of the Super Mario Bros. 2 favourite mixed with everything EAD’s learnt about level design since then, this is shaping up to be an experience that doesn’t simply switch Mario out for Luigi but actually feels like Luigi.

Here’s hoping the success of this standalone DLC encourages a return to distinct character abilities in the 2D space for Mario games going forward, and maybe even some level designs that require teamwork to exploit each member’s abilities. Until then, let’s just hope there’s a few more awesome surprises left for us all in the year of Luigi.

Are you excited for a return to New Super Mario Bros. U but with the added abilities of the clearly-better brother? Do you have any favourite Luigi-related memories from past platformers?