Nintendo has officially revealed the full name for one of its most famous villains: Ganondorf Dragmire. That’s right, Link’s famous foe’s last name is Dragmire, according to a guide on the official Zelda website.

The site feature a small guide on popular characters from the Zelda universe, including Link, Zelda, and of course, Ganondorf.

Ganondorf first showed up in the series in Ocarina of Time, and subsequently appeared in pretty much every other Zelda game in one form or another.

And of course, he appears in Zelda: Breath of the Wild as “Calamity Ganon”, where he appears in an incomplete state after trying to reincarnate himself. 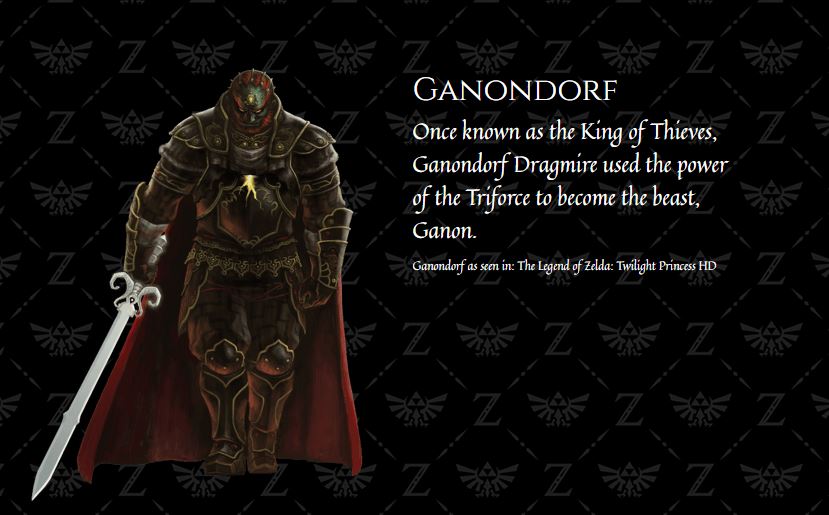 “Once known as the King of Thieves, Ganondorf Dragmire used the power of the Triforce to become the beast, Ganon”

Thanks to Rick for sending this one in!