Edge magazine’s next issue features a huge interview with Miyamoto 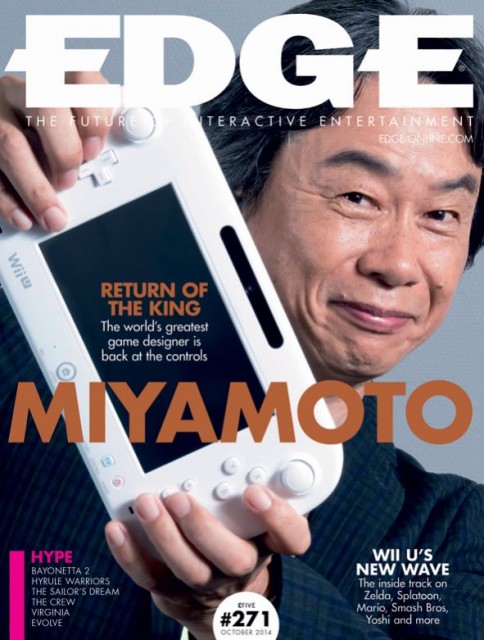 While print media may slowly be going extinct, you may want to seek out the next issue of Edge Magazine. A small teaser image posted online shows the cover for the October issue of Edge, which features Miyamoto holding a white Wii U GamePad. The magazine will have a huge spread dedicated to its interview with the legendary designer, but several other Nintendo games will be seeing a huge feature as well, including Bayonetta 2, Hyrule Warriors, Splatoon, Super Smash Bros., and the upcoming Zelda game.

This issue will go on sale next month, so if you want to get your hands on the issue, be sure to keep your eye on grocery store shelves if you don’t already have a subscription to Edge.