Cartridges once again mentioned for the NX, this time in Zelda trademark filing

When the first rumors about the NX using cartridges emerged last year, they were hard to take seriously. Now, it’s looking very likely that the system will indeed use cartridges.

Mainly because the NX is (reportedly) a hybrid tablet/home console that can be played on the go, and it would quite hard to stuff a Blu-ray disc player in one of those.

The newest hint at a cartridge system for the NX comes from a Legend of Zelda: Breath of the Wild trademark filing (spotted by Twitter user AllGamesDelta), where one of the classes is listed at “video game cartridges”, in addition to “downloadable electronic video game”, and others.

Also listed is “video game discs”, which is for the Wii U version. You can see the full filing below, or the entire document here. 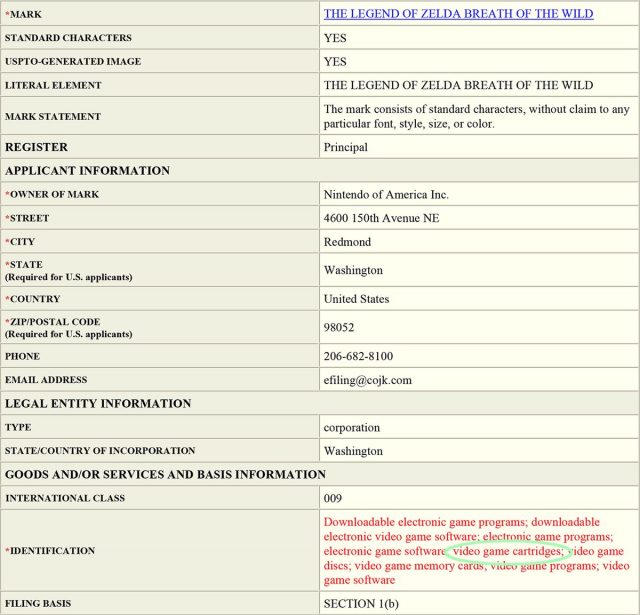