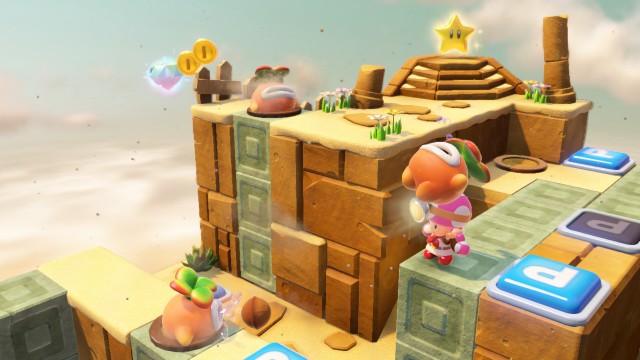 Nintendo has been very generous with their release information in the past few days, as now we have dates for Captain Toad: Treasure Tracker across all three major regions. Japan will be getting the game first on November 13, followed by North America on December 5, with Europe bringing up the rear with release on January 9. The currently announced retail price for the game in North America is $39.99, which makes this a budget priced title.

Fans of the Captain Toad levels will be happy to know that Toadette will make an appearance in Captain Toad: Treasure Tracker, which contains more than 70 different levels to puzzle your way through. A batch of sixteen new screenshots was released today, showcasing some brand new environments and enemies that Captain Toad will have to avoid on his trek to recover the Power Star. Check out the gallery below to see the new shots and environments.

Are you excited about this release?