American fulfills decade-long dream of working on a Nintendo game

Back in 2007, a high school student named Corey Bunnell shared his dream with an online community: to work for Nintendo in Japan on a game. And with the release of Zelda: Breath of the Wild, he did just that.

Bunnell is credited for working on Breath of the Wild as a “Wildlife programmer”, fulfilling the dream he shared with the world 10 years earlier.

Check out his original post from 2007, where he asked the online community for advice in achieving his dream, and his credit in Breath of the Wild. 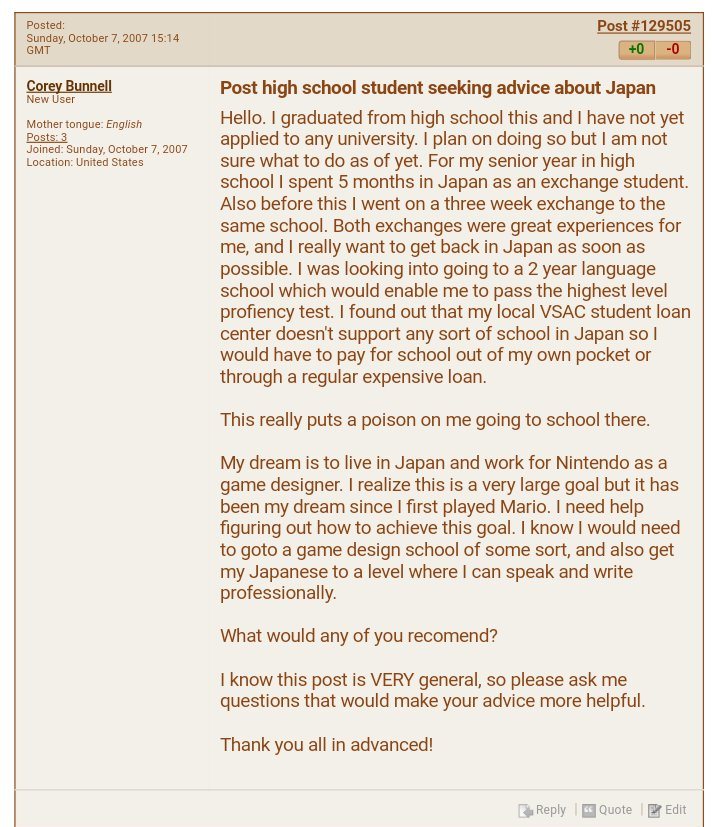 Here’s a video with who appears to be Corey Bunnell, a game developer in Japan, although it’s not confirmed if he’s the same Corey who made the post in 2007.